Home › Market Overview › The Dollar is searching for its price ceiling

The Dollar is searching for its price ceiling

The dollar index has been growing almost daily in February, adding 2.5% from the beginning of the month to its peaks from May 2017. The dollar index tracks the USD against the six most popular world currencies, where the yen and the euro can be considered the main catalysts for a decline, having lost 3.0% and 2.6%, respectively.

Nevertheless, smaller and secondary currency pairs also deserve traders’ attention, the movement in which is a kind of manifestation of profound processes of financial markets. Judging by these movements, the longstanding carry-trade idea becoming obsolete, as the high-yielding currencies of emerging markets are no longer highly profitable and the central banks of these countries are softening their policies in the attempt to revive economic growth. 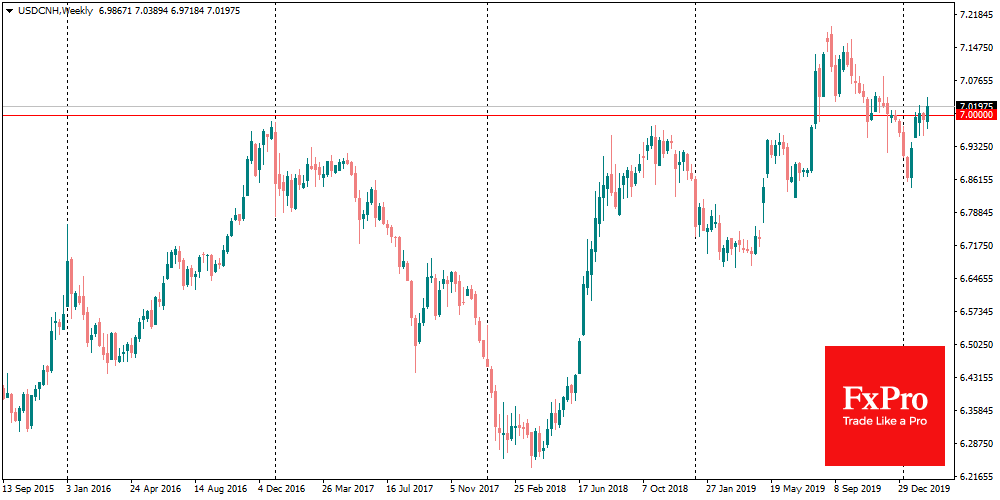 Against the backdrop of the coronavirus epidemic and the Chinese authorities’ efforts to stimulate the economy, the Yuan is weakening. The Dollar is again worth more than 7 Yuan due to the easing of monetary policy of the authorities and fears of investors about a sharp cooling of China’s economic growth. The 7.0 mark was and remained an essential barometer of sentiment in China. The price dynamic above this level reflects the continued uncertainty in markets about future growth prospects. In early 2017 and late 2018, the Yuan was heavily protected by PBC near this level. The signing of Phase One trade agreement also returned the renminbi underneath this waterline. However, the demand for the Dollar pushed the pair higher earlier this week. 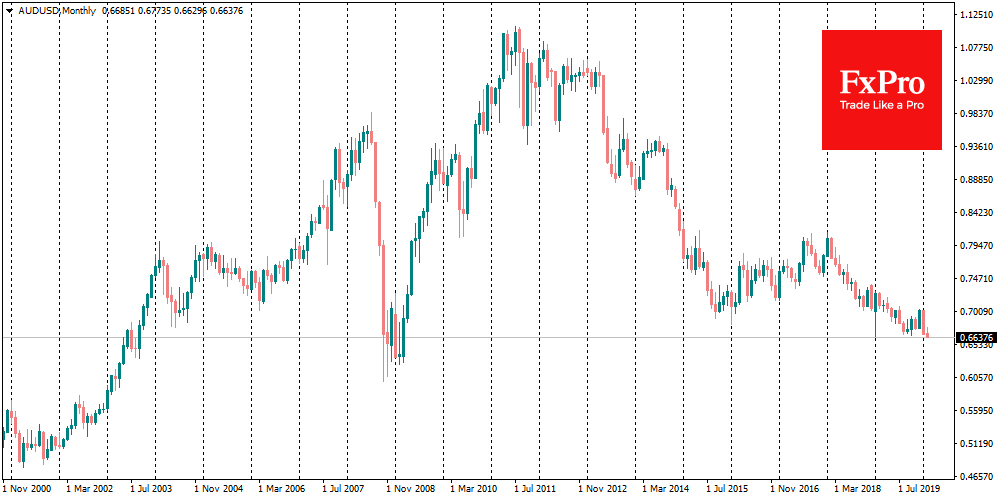 The weakness of the Yuan and the Chinese economy also affected the Australian Dollar. AUDUSD is declining again this week, updating its 2009 lows below 0.67. It was a kind of waterline at 0.70, and the pair failed its attempt to climb higher at the end of last year.

A separate story is a Turkish Lira. This currency does not depend on problems in China so that it can be viewed as a different story. The USDTRY broke through 6.0 this week, following another cut of the rate by the Turkish Central Bank. TCMB has been more focused on reviving economic growth in recent months, rather than curbing inflation.

The steady downward trend of the lira against the Dollar has been observed for more than a month, and last week the pair crossed the 6.0 level, returning to last year’s highs. Above the current mark (6.08) the pair was only in May 2019 and from August to October 2018 during the period of extreme volatility in the pair. It seems that now the markets are trying to find the “ceiling” for the pair, the growth above which will be sensitive for the policymakers, forcing them to stand up for their currency. 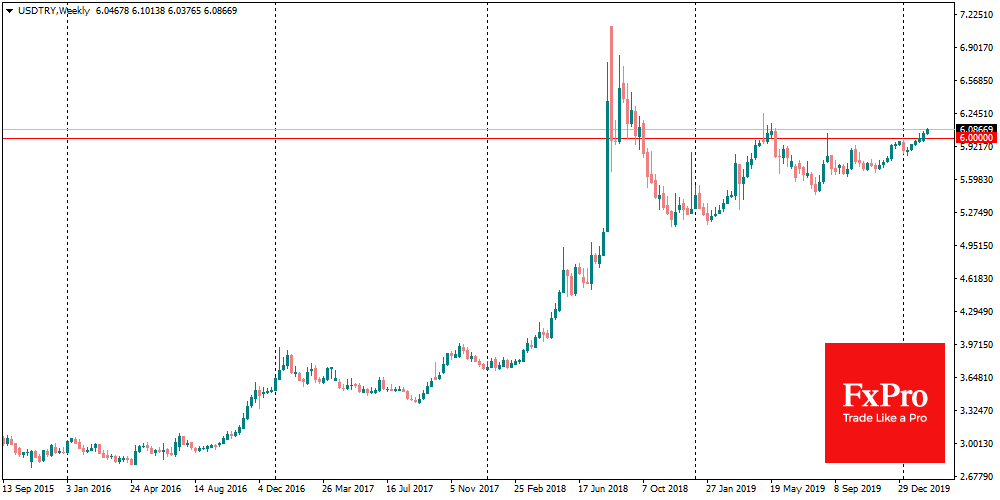 The same can be said about the South African Rand, which crossed the mark of 15.00 in USDZAR, which was repeatedly tested for strength in recent years but did not stay long. The weakening of the Rand against the Dollar looks more surprising as it is happening against the background of robust gold price growth, that previously determined the price direction of ZAR.

The Ruble still stands aside from the general trend in EM currencies for weakening. USDRUB is moving below 64.00, which is markedly under the peak area of recent years by 70.

On the one hand, it indicates the strength of the Russian currency: investors are not in a hurry to sell it during the period of high demand for Dollar. However, history suggests that like a real Russian, the Ruble may “gather its thoughts” for a long time, and then drop even harder than others.

As the actions of the Russian central bank and government become more and more inflationary, the risks are rising that the Ruble will rush to catch up to the world in pursuance of weakening against the Dollar. 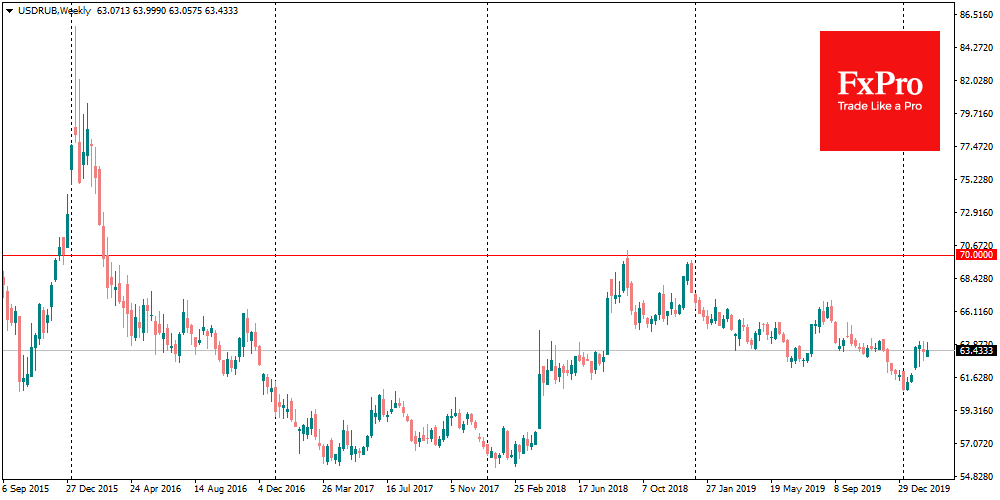