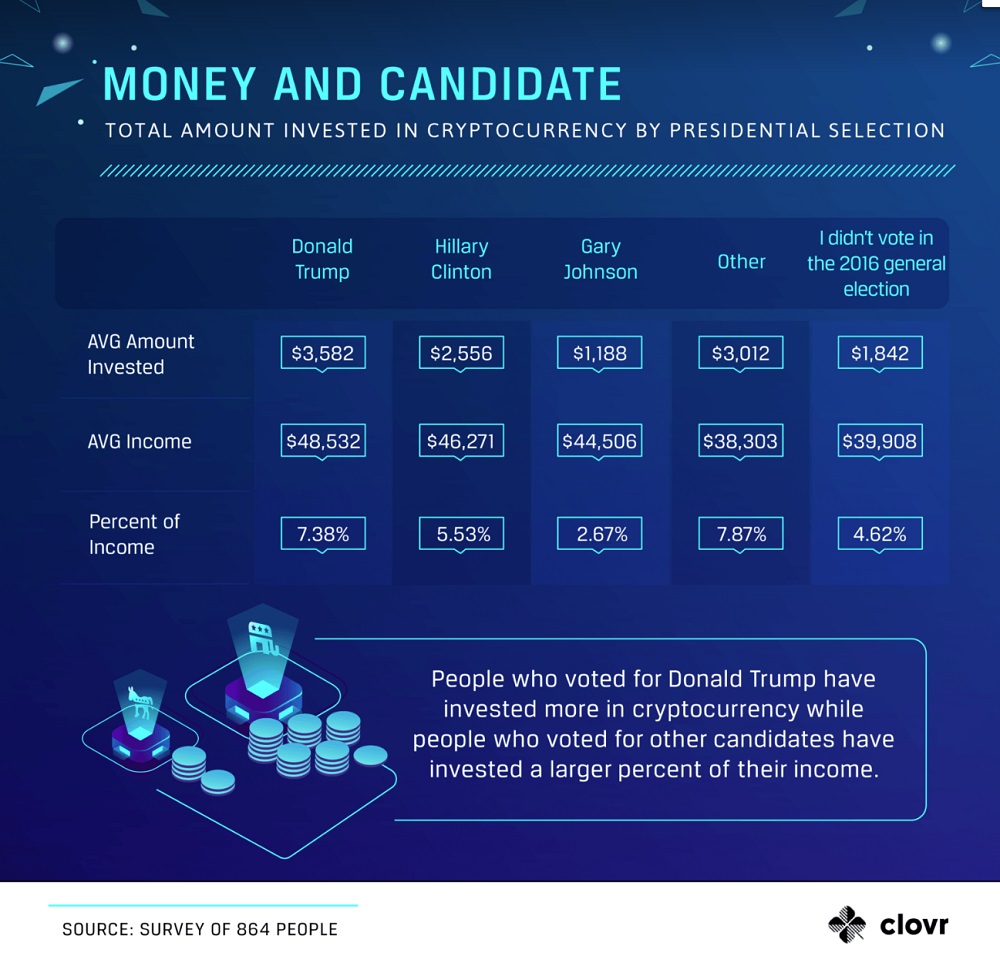 A recent survey of the political affiliations among cryptocurrency investors found that crypto owners voted for Hillary Clinton over Donald Trump by a wide margin in the 2016 election. 46% of survey respondents said they voted for Hillary in 2016.

President Trump trailed far behind his Democratic rival in the survey, with 34% reporting they voted for the president. The actual popular vote percentages for Hillary and Trump were 48% and 46% respectively.

So these survey results show a dramatic skew toward the left among voters who own cryptocurrencies like bitcoin, ether, Ripple, and EOS. The survey was conducted by the creators of Clovr, an iGaming and eSports token geared to mainstream adoption. Respondents were 70 percent male, 29.5 percent female, and 0.5 percent “other.”

It may not be entirely surprising that crypto owners lean to the left. Cryptocurrency is after all, a product of the information tech industry, which skews heavily Democratic. Younger people are also more likely to own crypto, and heavily favor Democrats over Republicans. Wright even says he was surprised there weren’t more Hillary supporters among crypto investors: Since the tech industry has historically been left-leaning, one might expect cryptocurrency owners to be younger and progressive. Because of this, it was surprising to see a significant percentage who did vote for Trump.

On the issues, those that hold cryptocurrencies are also more progressive. 57% don’t support building a border fence between the US and Mexico, while 29% do. Only 13% disagree with legalizing marijuana, while 72% support it. 62% of crypto investors support more restrictions on firearms purchases, while 22% oppose it.