Services PMI data for Europe as the US Celebrates Independence Day At 07:55 GMT, German Markit Services PMI (Jun) will be out with an expected headline number of 53.9 against 53.9 previously. After reaching a multi-year high in February at 57.3, this data has come back into its range under 56.0. German Markit PMI Composite (Jun) is expected to be 54.2 from a prior number of 54.2. EUR traders will be watching for the numbers to deviate from expectations and create volatility in the pairs. 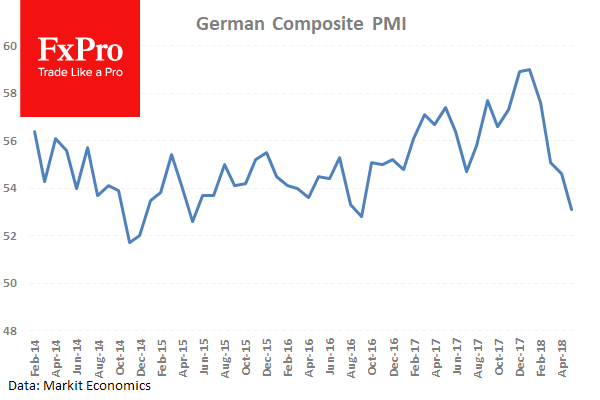 At 08:00 GMT, Eurozone Markit Services PMI (Jun) will be out with an expected headline number of 55.0 against 55.0 previously. This figure is expected to slip back after hitting a high of 58.0 in February. Markit PMI Composite (Jun) is expected to come in at 54.8 from a prior number of 54.8. These metrics generally come in line with expectations. EUR crosses can be impacted by this data release.

At 08:30 GMT, UK Markit Services PMI (May) is expected to come in at 54.0 from 54.0 previously. This data is continuing to decline from its 2013 high of 62.5 but it had fallen below 53.0, which was somewhat of a floor for the last 18 months. The number moved back into this range above 53.0 last month showing modest growth. A drop back under 53.0 will put GBP under further pressure. 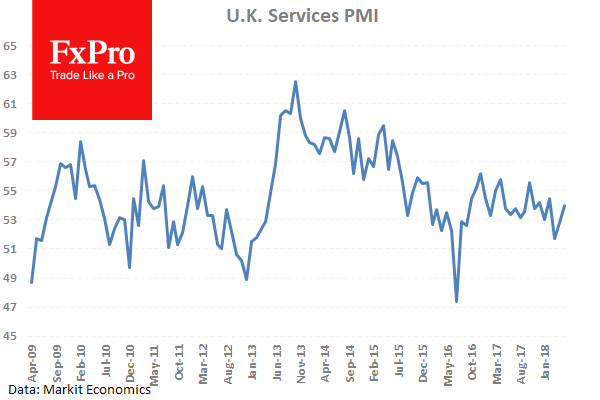