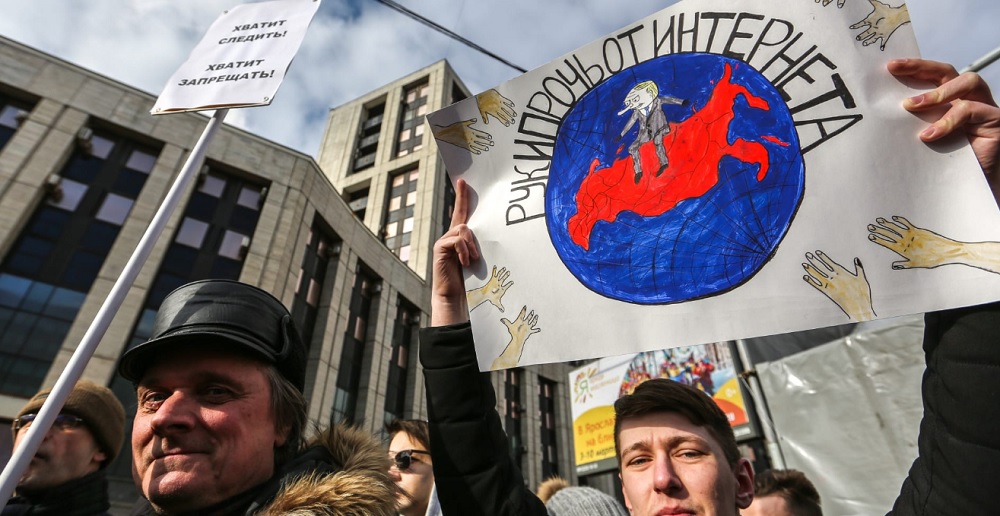 It’s been called an online Iron Curtain. On Friday, a controversial law went into force that enables Russia to try to disconnect its internet from the rest of the world, worrying critics who fear the measure will promote online censorship. The Kremlin says its “sovereign internet” law, which was signed by President Vladimir Putin in May, is a security measure to protect Russia in the event of an emergency or foreign threat like a cyberattack. The law will allow Moscow to tighten control over the country’s internet by routing web traffic through state-controlled infrastructure and creating a national system of domain names.

In theory, the measure would allow Russia to operate its own internal networks that could run independently from the rest of the World Wide Web. Experts doubt whether such a move is technically possible and say the law is, instead, an attempt by the Russian government to censor information online. Putin has taken a series of other steps to try to curb online freedoms, such as banning encrypted messaging service Telegram, but many of those attempts have proven to be unsuccessful.

Unlike China’s Great Firewall, which was built on a tight concentration of state-run network operators, Russia allowed its internet to develop freely over the past three decades. Undoing global network connections is tricky, according to Andrew Sullivan, president and CEO of the Internet Society.

Russia just brought in a law to try to disconnect its internet from the rest of the world, CNBC, Nov 01
Article Rating
Rate this post
Related Articles