The US dollar climbed 0.7% this week against the basket of major currencies. Closing last week near the three-month low and declining below the 200-day average caused a cautions markets tone. Financial markets seem to have played back the positive news about the progress in negotiations. Lack of details about the place and time of possible signing of the Phase One of the trade deal provoked cautious profit-taking. Asian indexes slightly (about 0.1%) decrease on Wednesday morning. US markets closed the Tuesday session in sideway directions: Dow grew by 0.1%, S&P500 lost 0.1%. 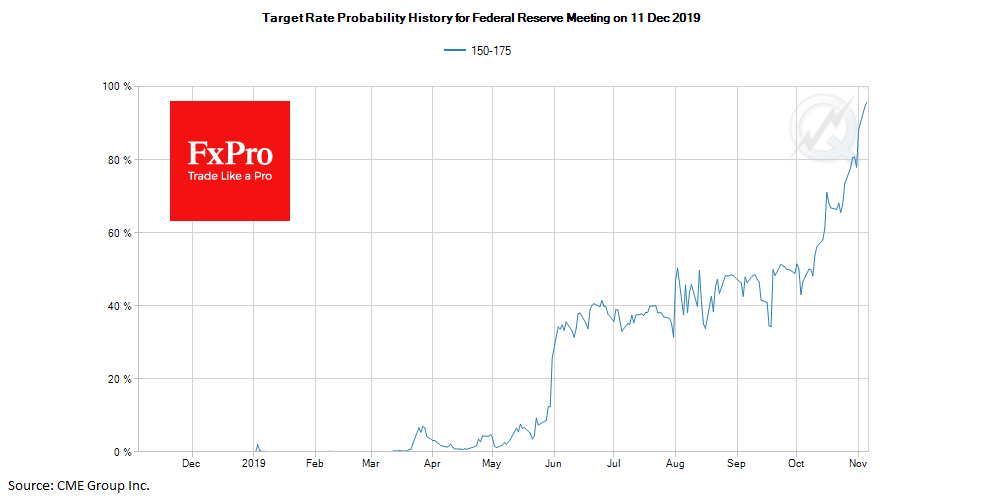 As the FxPro Analyst Team said, although the media linked the growth of the dollar with the hopes for trade negotiations progress, we are more inclined to believe that it is more likely to decline than grow on these news. Behind the growth of the dollar, we saw robust macroeconomic data, convincing the markets that the Fed will take a break with a rate cut. The chances of a new cut in December declined from 20% to less than 5% in recent days. This overestimation of expectations related rates is probably the most critical support for the dollar.

Besides, one cannot exclude technical factors. The weakening of USD in October sent the American currency to the lower boundary of the uptrend. Further weakening would have marked the break of the upward trend. 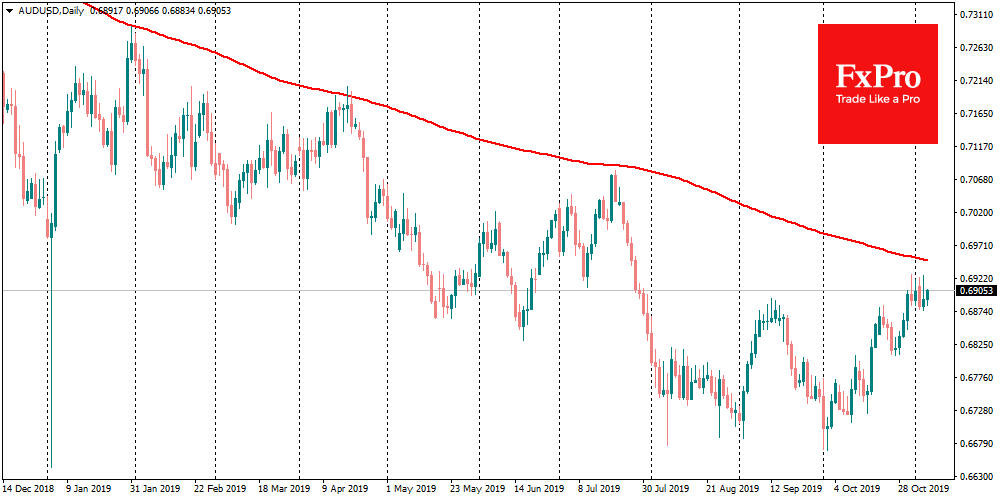 However, this trend has arisen, along with trade disputes market players are not in a hurry to bet on breaking the direction without any form of deal or cancellation of already introduced tariffs. Possible that only real shifts can become the final signal in the trend reversal on the growth of the dollar.

The dynamics of AUDUSD and USDCNH sees as a mirror to the investors’ sentiments on the deal. This pair stalled on approaching 0.6900. The Chinese yuan against the dollar also remains close to 7.0, not daring to break through the critical level – now from top to bottom. 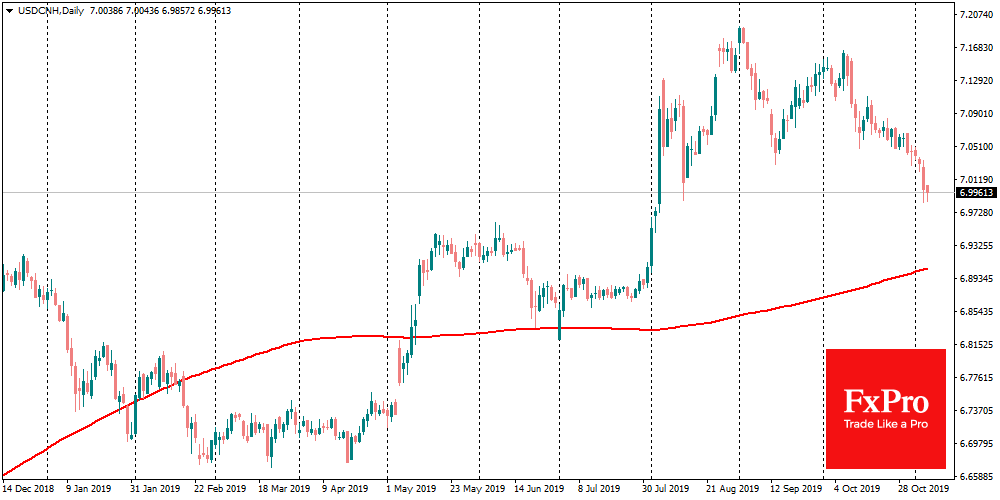