The published minutes of the Federal Reserve Board’s previous meeting showed a serious split in opinions on monetary policy. Markets were cautious about the wording that a “couple” of Fed members favoured 50 points rate cut while “several” preferred no changes. As a reminder, the meeting resulted in the first 25 points cut in 10 years. 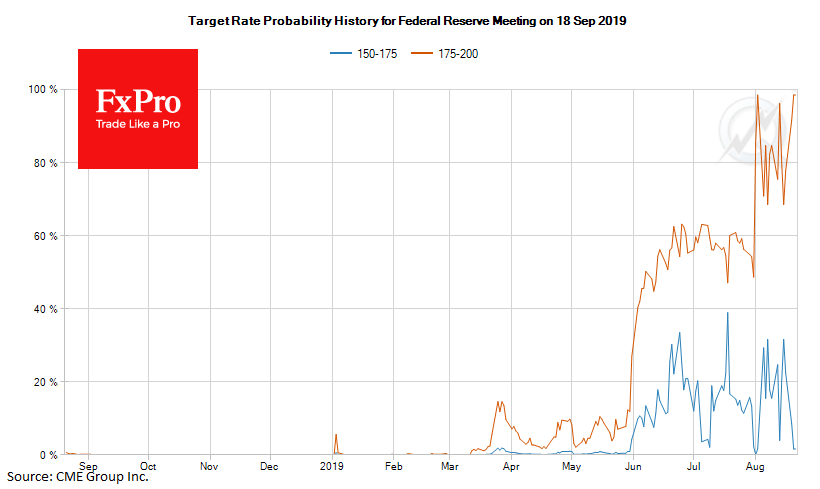 Over the past few days, the probability of a 50-point rate cut in September declined from 30% to 1.5%, relaxing expectations of a more aggressive easing. Such a change in sentiment supports the U.S. dollar.

Over the course of the week, the dollar index rose by 1% to 98.20. This is the area of 2-year highs, and the fourth time the USD has attempted growth since April. Previously, the dollar rolled back from these levels, following an easing of the Fed’s rhetoric. Now, the situation is in favour of dollar growth. 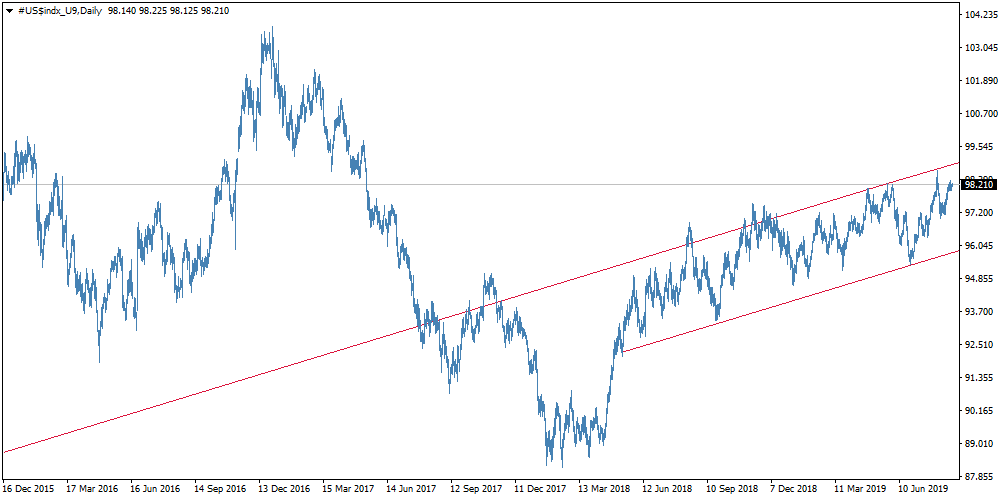 Historically, USD loses its value in periods of rapid economic growth in the world. Synchronous economic growth in different regions of the world from 2017 to 2018 took place against the backdrop of a 15% decline in the dollar against a basket of major currencies.

However, a trade war with China since April 2018 has created a trend of dollar growth, strengthening the index by more than 10% due to concerns over the global economy. It is continuing a period of slowdown, requiring stimulus from different countries. As a result, this is fuelling USD growth, both on the demand for safe assets and as a response to monetary easing in other regions of the world. 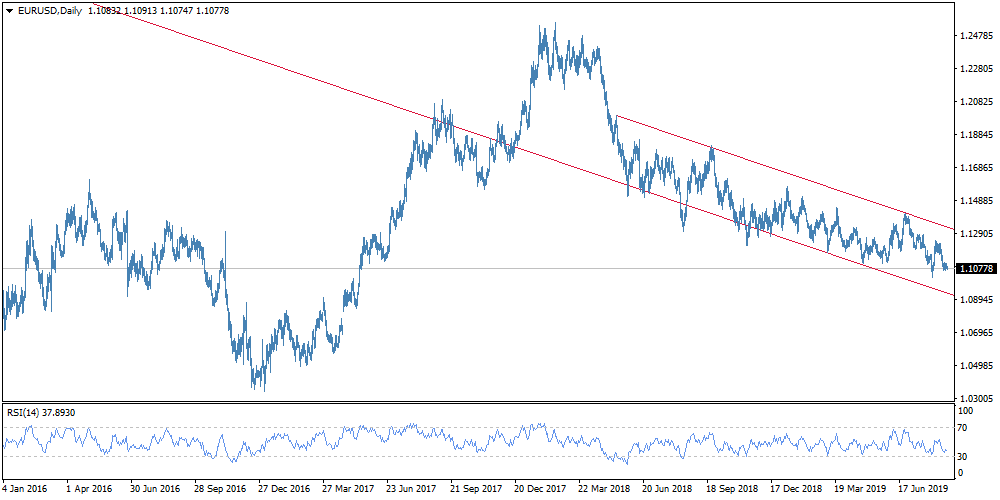 As the FxPro Analyst Team said, often the stimulus and monetary easing help the economy with a 3-9-month time lag, and until then the trend of strengthening the U.S. currency may well remain in place. As part of this trend, the dollar index could return to 103, and up to 1.03 per euro, as we saw back in 2016.

However, the single currency may be under even greater pressure. In addition to the extremely low yields of the region’s government bonds, political risks in Italy may re-emerge, as economic difficulties often exacerbate political differences. In the case of Italy, the question of the integrity of the eurozone may return to the surface quite quickly.