On Thursday, US markets updated their historic highs, while the European EuroStoxx50 traded near 2015 highs after reports of US and China readiness to phase down tariffs as they sign a trade agreement. These comments also lead to increased sales of the bonds and gold – traditional safe-havens for investors. Gold at one point yesterday lost about 2%, dropping to $1461 and bringing this week losses to $ 53. 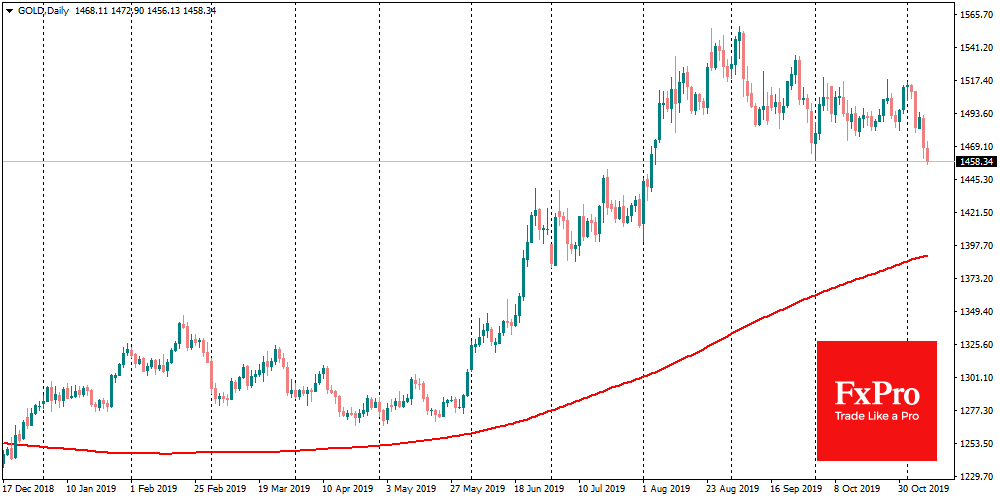 However, on Friday morning, Asian indices are pulling back from their local highs, as are futures for European and US index futures. Progress in trade negotiations has long been won over by the markets, so they need a higher “dose” of good news to continue the rally.

Nevertheless, despite updated the highs the day before, the indices are stalled, which makes the rally unstable. The current situation can most likely be called the final stage of the rally, which is too late for new players to join. 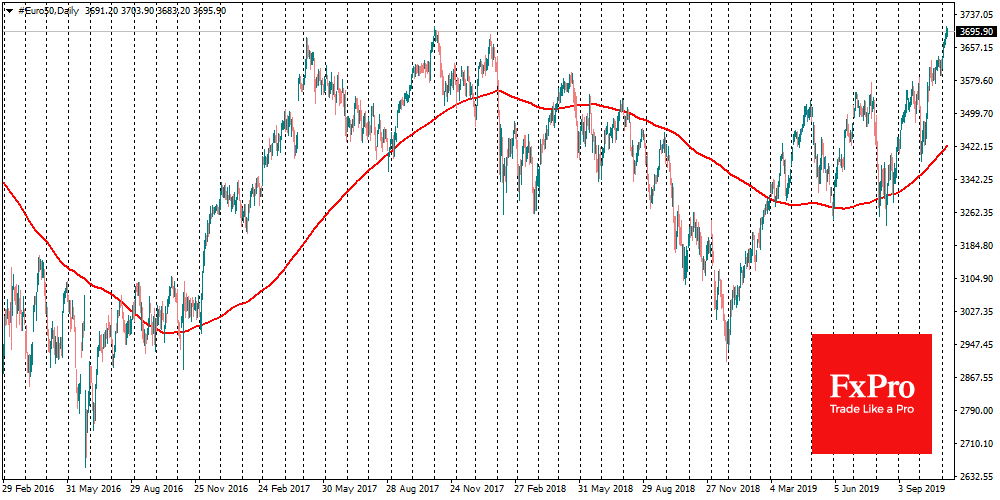 In the foreign exchange market, increased demand for the Chinese yuan remains, which rose to levels near 3-month highs against the dollar, despite the strengthening of the latter. The US currency is adding to the euro and the Japanese yen, as speculators are in a hurry to bet on improving macroeconomic indicators in the US and China after signing the agreement.

But then again, it’s worth keeping a more wary stance. Debt markets have already put in quotes that in December there will be no rate cuts, so this driver of dollar growth has already exhausted. Besides, it is worth paying attention to the sharp drop lending in September. Despite the interest rates cut, the volume of loans to American households grew by $9.5 billion against $17.8 a month earlier. Another worrying sign is the trend towards continued claims growth in the United States. 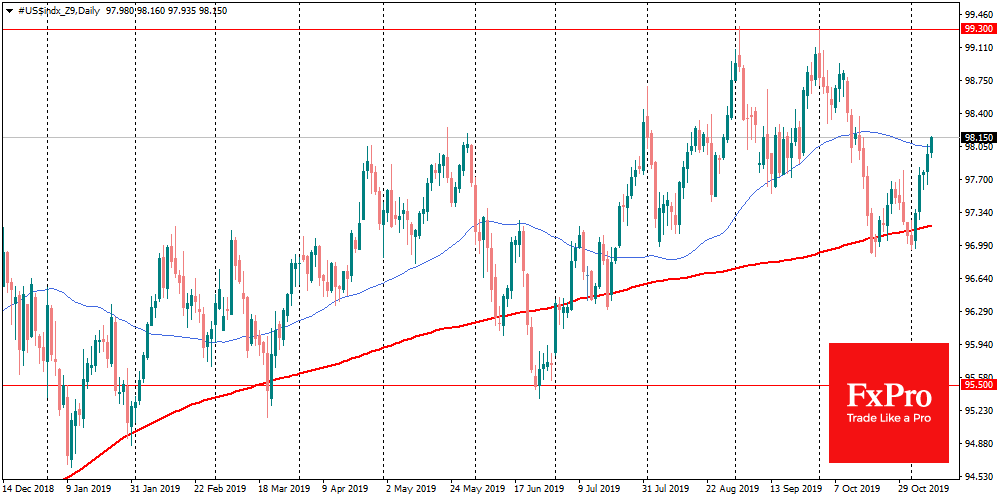 Chinese data also give clues on the harmful effects of trade disputes. Exports and imports continue to fall, according to newly released data. And the banking sector notes a further deterioration in lending conditions, demanding new measures from the government or national central bank.

At this stage, the world market cannot grow on its own, relying on economic data. The growth resource remained only political promises and easer monetary conditions. Very soon, within a few months or quarters, this resource will exhaust itself, and then little will stop the markets from the drop.