Markets are trading at lowered volumes at the beginning on Friday morning due to All Saints’ Day in Europe and anticipation of major statistical publications later today. Today the US will publish indicators of the number of jobs and wages, as well as a separate report of the production ISM. Also, there are scheduled four FOMC members speeches, that may assess the recent data.

Let’s figure out what data we can expect and how it can affect the dollar and market dynamics. The data published earlier this week paint a picture of an ongoing slowdown, although not entirely.

Among the most recent reports, which exceeded expectations, it is worth noting the increase in unfinished housing sales. The latest data showed a rise of 6.3% compared to last year on this indicator. The trade deficit decreased to $70.4 bln vs $73.1 bln month earlier. The first estimate of the 3Q GDP went better than expected, noting the growth of 1.9% against the expected 1.6%. Conceivably, the good news is over. 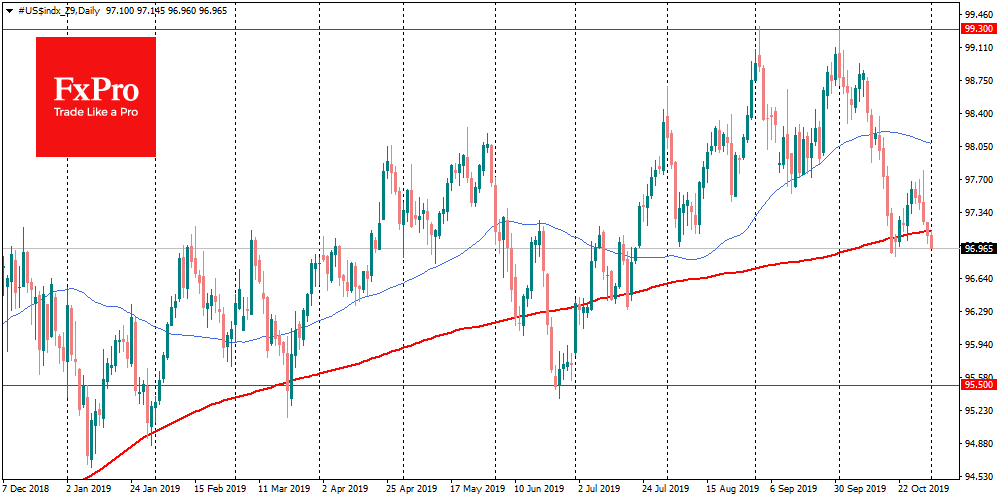 Despite the economy surpassed expectations but still recorded the lowest growth rate since 2017. Consumer confidence in the US has been crawling down for the third month in a row, despite lower interest rates and stock market growth. The number of initial claims increased last week, and the 4-week average is 214.75K, by 2K above the previous month’s levels. Consumer spending slowed to 1.7% y/y, although the Fed relied heavily on healthy retail expenditures.

Market analysts, on average, expect employment to growth by 90K. A prolonged (40-days) strike at General Motors plants could seriously harm job in the manufacturing industries. However, many observers note it as noise rather than a clear signal from the economy.

With decreasing for the fifth trading session in a row, the dollar index fell under the 200-day average, which is an essential trend indicator. Supporters of tech analysis in these conditions received a clear signal for a further dollar decline. However, it is more reasonable for mid-term traders to wait for the release of the report on employment, as it can break the technical picture. 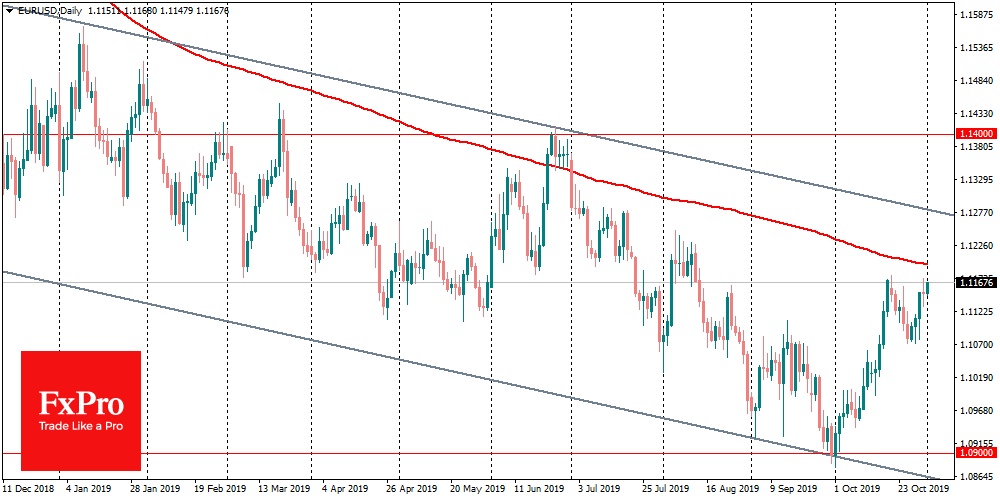 The growth of employment less than 40K in October may seriously strengthen the pressure on the dollar, confirming the breakage of the upward trend in the fundamental data. The nearest important milestone for EURUSD is 1.1200, the overcoming of which can open the way to 1.1400.

If the job growth exceeds 140K, the US currency may return to growth on lower chances of further rate cuts in the coming months. The new wave of dollar purchases can return EURUSD to the area of recent local lows at 1.1070 and open the way to decline towards 1.09.