The markets are getting pretty dull. Intraday attempts of traders to fix the profit continue to be redeemed. By the beginning of trading yesterday, American exchanges were under pressure. However, investors redeemed this drop the end of the day.

It is worth remembering that the Fed’s promises to cut rates caused a rally in June – the first half of July, and considered as the main factor for the growth of markets until last week. Recently, the driver has changed. The focus is on investors’ expectations that Beijing will stimulate its economy in the fight against the economic slowdown. Separately, the hopes for a quick deal are gradually melting again. However, the markets are not concentrating on it, continuing to climb higher and finding new support points. Thus, they consider the stimulus of the US, China, Japan, and Europe are sufficient to overcome the slowdown. 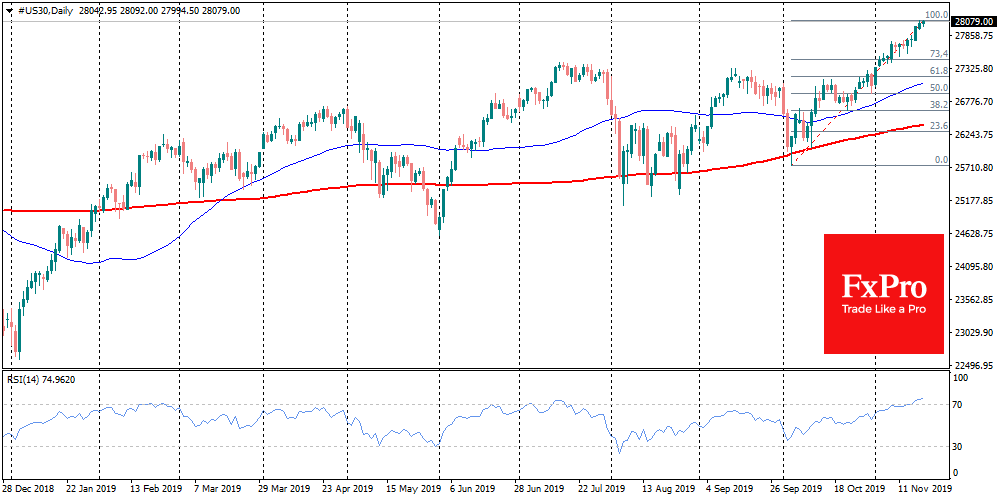 As a confirmation, the critical indices of Europe and America are heading off to the overbought area, as it has already happened with RSI. On the daily charts, the indicator signals that the quotes climbed too fast and too high. Thus, it increases the chances of – at least – short-term correction.

Note that from the overbought area, the markets may quickly turn down, as soon as the growth stops, skipping the defensive phase at the top. The signal for a series of sales may formally be the return of RSI in the region below 70, against the level of 75 on the index Dow Jones and S&P500. EuroStoxx50 also reached its peak at the beginning of last week. Since then, it continues its growth, albeit insignificant. 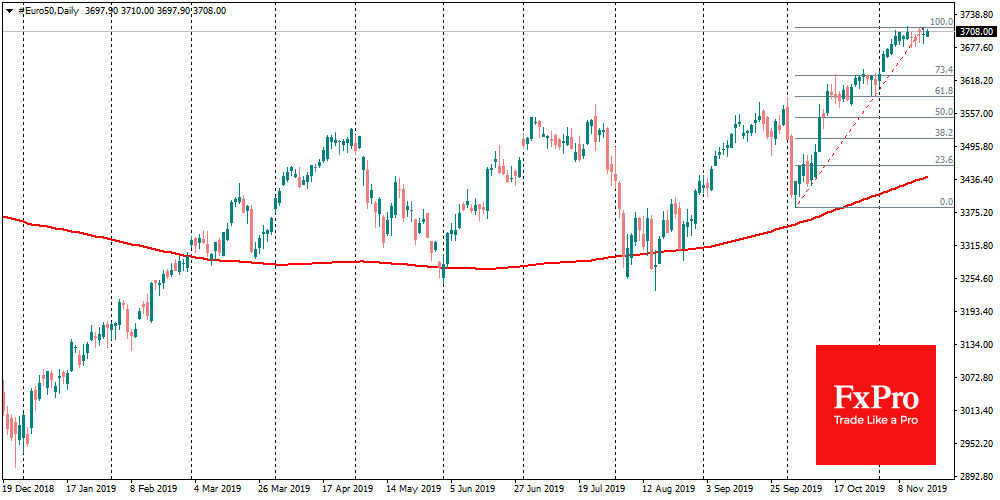 If the markets had turned from the current levels, a significant correction target for the US indices could have been the highs of July. That is, we could see a 3.3% decline in S&P 500 and a 2.5% decline in Dow Jones. EuroStoxx50 is often more vulnerable to corrections and therefore may lose half of the last 1.5-month rally, sinking by 2.4%. The European index several times has been rolling down from its current levels for the previous four years, and bears are unlikely to surrender without a fight this time. Moreover, macroeconomic data makes us cautious about the prospects of global economic growth, despite the attempts of central banks to pump up growth with money.