Home › Market Overview › FxPro: Why U.S. markets are under pressure

FxPro: Why U.S. markets are under pressure Global markets are on the rise on Wednesday, adding more than 1.2% on the MSCI Asia ex Japan index. Japanese Nikkei jumped by 2%. Chinese stocks behave more carefully: Hang Seng grows by 1.1%, China A50 is up only by 0.2%. Futures on S&P 500 add 1% to the closing levels of the previous day.

However, it should be noted that in general, the American stock markets have complex dynamics. It is not the first day that we have seen the sale prevail in the midst of the American session, and often even overlap the positive dynamics within the day. For example, yesterday S&P 500 futures not only lost 1.4% of the growth within the day but also closed the session with the losses at 0.4%.

This dynamic suggests that large players have a cautious attitude for several reasons. Firstly, investors are price in a slowdown of the American economy growth rate on the fading effect of tax reform.

Thirdly, the yield of US bonds is growing again which reduces the attractiveness of risky assets. And the inversion of the yield curve (i.e. yield of bonds with the nearest maturity date is higher than that of the longer one) is perceived by markets as a sign of inevitable recession. 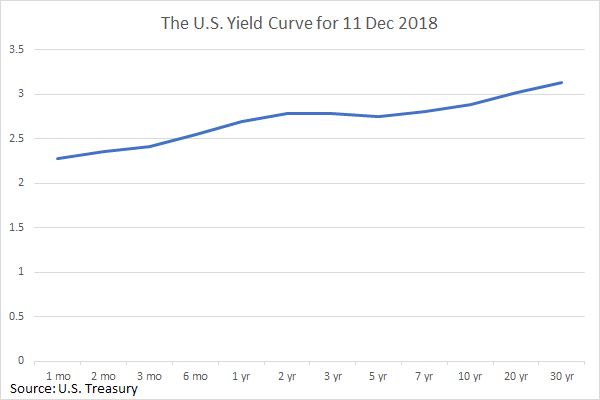 In fact, this is a wrong signal, because it does not allow neither accurately determine the time of economic recession, no reason.

However, the markets are reacting nervously to the inversion, and as long as this event causes turbulent emotions.

From technical analysis perspective, on the chart of index S&P 500 it is visible, that the latest three impulses of reduction and subsequent bounces are formed in a tendency with all lower extremes reflecting increase of pressure.

As a result, American markets can’t fully grasp the positive dynamics of foreign peers. Often, they just follow the mood in the United States, so it is possible that caution will soon spread to the Asian markets.