FX market prepares for the marathon

US stock markets are closed today for Thanksgiving, trading on European markets also promises to be sluggish without support from liquidity across the ocean. And in these conditions, it is easier to analyze the currency market signals.

Volatility of most popular currency pairs has sharply decreased in recent days, as EURUSD fluctuations were the lowest in the history of the common currency. It seems that it found balance near a significant round level of 1.1000, having a lack of drivers to form a new impetus.

GBPUSD for more than a month has been within the very narrow range 1.2820-1.2950, despite the proximity of critical parliamentary elections and Brexit.

However, experienced traders in the stock markets perceive the calm of the markets as a preparation for a remarkable leap. Traders often look at this as on a possibility of a drop after a long but relatively quiet growth. It’s like jumping into an elevator shaft after climbing stairs.

The lull in the currency market ends in a slightly different way. It is more like the beginning of a marathon with a gradual gain in speed and an intense finale. The move starts as fragile balance of currency pairs broken. However, it can keep a very measured course of trading at first, gaining momentum later.

Currency traders should look around to track the beginning of the movement of the least stable currency pairs. These are often the currencies and debt markets of emerging economies.

Let’s look at the case in 2014. EM currencies began a synchronous and almost unidirectional weakening against the dollar at the beginning of the year. A few months later, others, including the euro, pound, and yen, joined the movement. 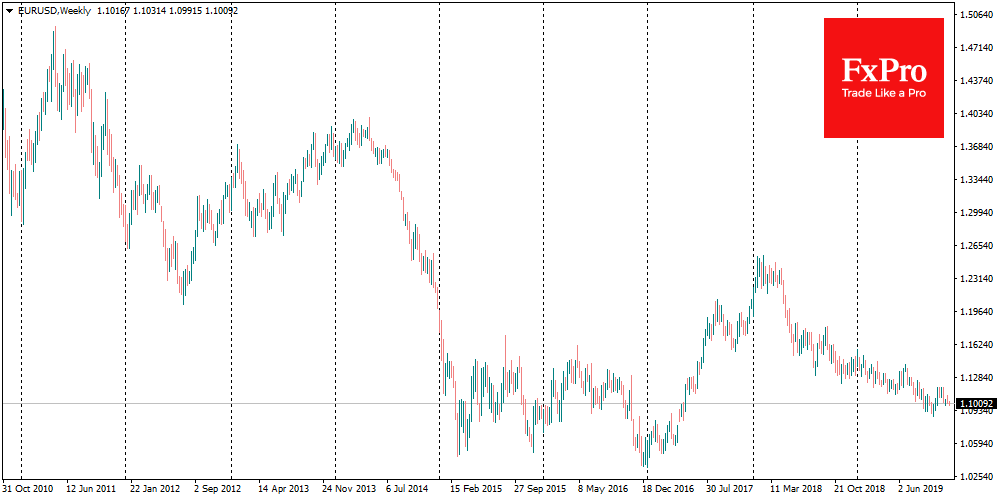 If so, the first signs may already be there. Argentina’s debt markets have been suffering from significant capital outflows in recent days, despite demand for yielding assets prevailed on global markets. The Brazilian real is declining to all-time lows, and the Turkish lira is steadily retreating all week long.

The Ukrainian hryvnia – the star of this year’s foreign exchange market, added 15.5% year to date – stalled earlier this week after brief move below 24.00 per dollar, its lowest level in almost four years.

Such a reversal in the dynamics of secondary currencies on the background of the lull of major currencies makes one cautiously expect the next steps of the currency market. They may be, if not sharp, then unidirectional.