Home › Market Overview › Fed speeches are in focus, while Apple has pulled the markets down

Fed speeches are in focus, while Apple has pulled the markets down

Market focus The corrective pullback is developing on the revaluation of the Fed’s monetary policy. Friday’s Nonfarm Payrolls are still influencing the investors’ sentiments. This report forced market participants to doubt that the Fed would take aggressive measures towards reducing interest rates in July. As a result, key stock indices are losing ground for the second day in a row. On the contrary, the dollar is in demand.

It is important to note that several speeches by the Fed’s representatives are set to take place this week. These are going to affect the virtue of the market of making additional adjustments to the investors’ sentiment. Today, Jerome Powell will talk about the stress testing, while tomorrow he will present a semi-annual monetary policy report to Congress. Meanwhile, the FOMC minutes will also be published that day. In all of these statements, market participants will look for hints of the early rate cut readiness and will also try to understand the current position of the Fed in assessing the latest Nonfarm Payrolls report.

Stocks Futures on the S&P500 fell for the second day in a row, retreating by 1.3% from historic highs around 3000 and settling at 2963. As the FxPro Analyst Team said, revaluation of market participants’ expectations launched a process of profit-taking after touching the peak levels a few trading days ago. Asian indices are retreating more actively, losing more than 3% of the gained positions at the beginning of last week. 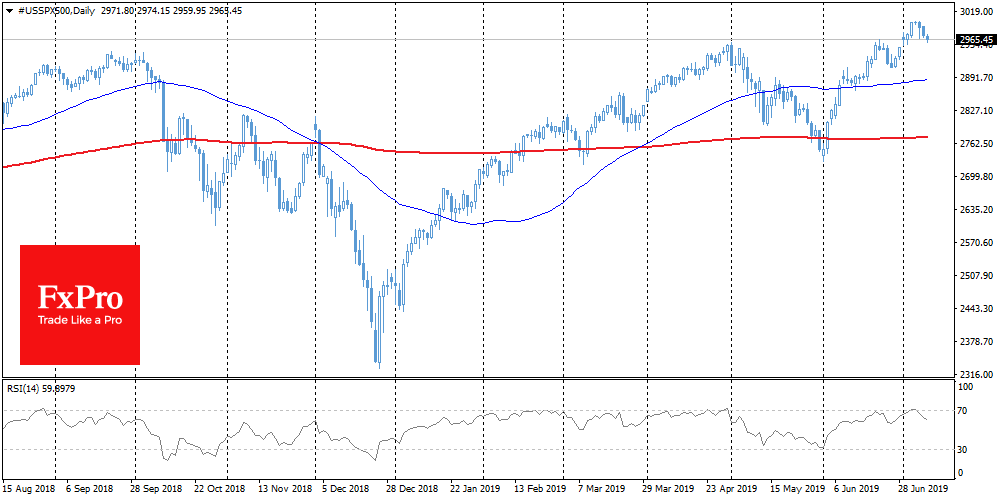 EURUSD The single currency is reaching close to 1.1200. The pair was rejected at these marks on Friday but is currently running near them, in anticipation of subsequent signals from the Fed. At the same time, the dynamics have shifted downwards. From the side of technical analysis, each subsequent intraday high has been lower than the previous one since July 1– reflecting the prevalence of sellers. A quiet, slow trend could continue on a course until it reaches 1.1100, where EURUSD has received support several times since April. This promises to be an important fight between bulls and bears, and there are more advantages for the latter so far. 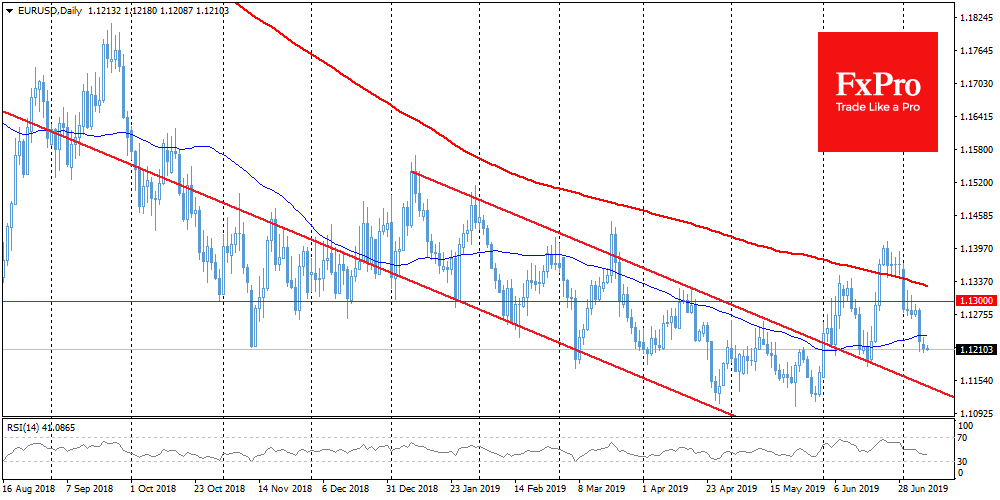 Apple Shares lost more than 2% at the end of the Monday session, pulling the key US stock indices down, as well as causing pressure on the supplier companies shares in Japan and China. The reason for the weakening is the revision of recommendations to sell shares on possible problems with the new iPhone model demand. This failure is still difficult to consider as the beginning of a big sale. From the side of technical analysis, stocks remain above MA(50) and MA(200), as well as below the overbought area. Nevertheless, the general alert tone of investors may put pressure on the quotes. 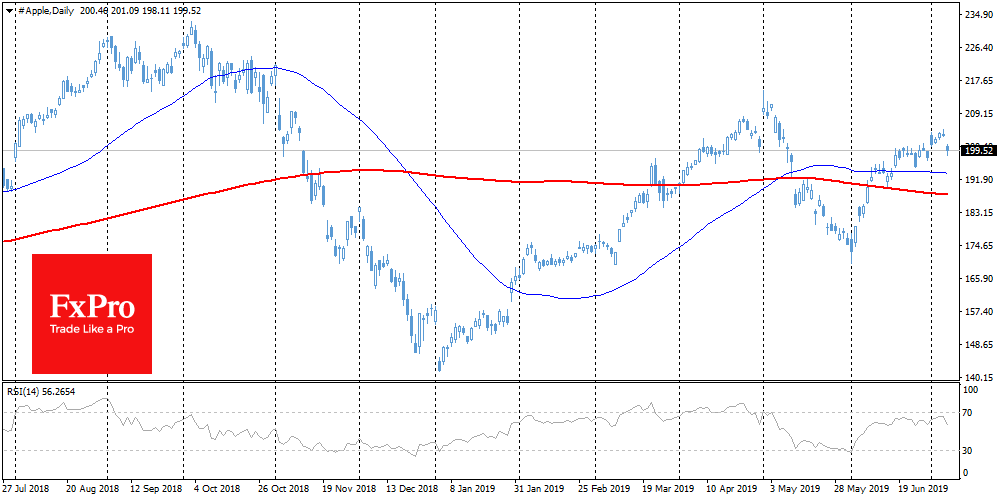