Home › Market Overview › Fear boosted retail sales in the U.K. and the U.S.

Fear boosted retail sales in the U.K. and the U.S.

Asian stock markets grew on Friday morning due to hints of new stimulus from the Chinese government. The Asia Pacific MSCI added 0.2% on Friday morning, while the Shanghai Blue Chip Index China A50 increased by 0.8%.

The promise of stimulus did not contain any details other than assurances around boosting disposable income. Apparently, the Chinese authorities are trying to strengthen domestic demand in this way, in an attempt to support the economy in the context of trade disputes with the U.S. 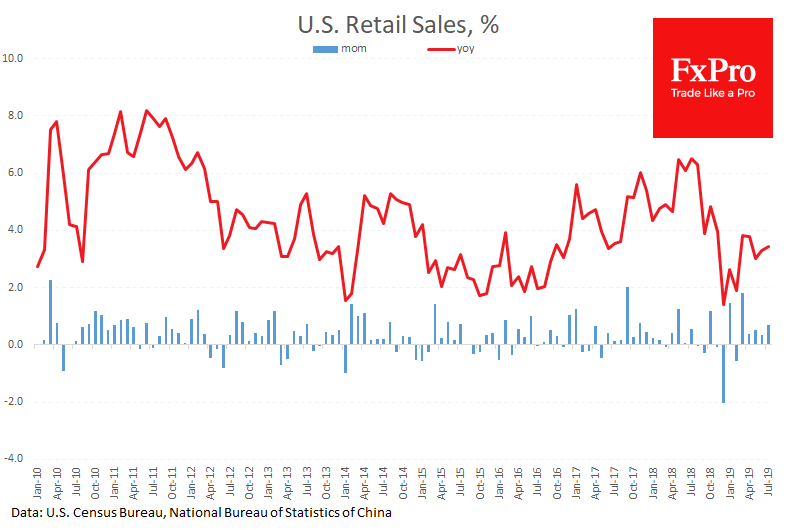 At the same time, debt markets remain cautious, noting the increased demand for protective government bonds – a clear sign of concerns around long-term growth rates. Furthermore, the latest macroeconomic data convinces us that the cautious expectations of the debt markets that is a more justified approach than the optimism of the stock market.

The U.S. reported very strong retail sales data yesterday. Retail sales in the world’s largest economy spiked by 0.7% against the expected growth of 0.3%.

As the FxPro Analyst Team said, the growth of retail sales in the U.S. and UK is a rather bad sign for the economy. In the U.S., consumers may be in a hurry to buy goods before the introduction of new tariffs for supplies from China, which will raise the price of goods. A few months ago, this spike was on the companies’ side, and now the wave of frontloading has reached consumers, as the tariffs are already applied to consumer electronics. 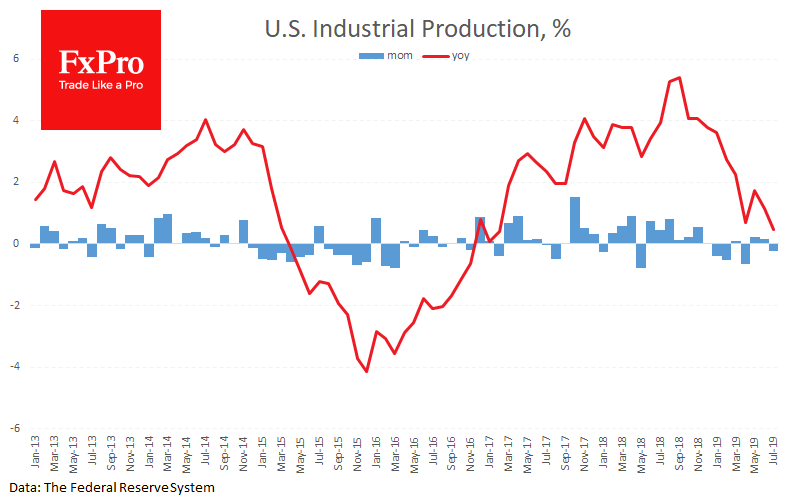 At the same time, U.S. capacity utilization has been declining steadily since February, and industrial growth fell from a peak of 5.4% YoY in September last year to just 0.5%.

The situation is similar in the UK, where retail sales grew by 0.2% in July instead of an expected decline of 0.3%. At the same time, the production rate decreased by 0.6% year-on-year. Faced with the decline of the pound and growing uncertainty about the consequences of Brexit, people are in a hurry to buy goods before the anticipated price rises following withdrawal from the EU. 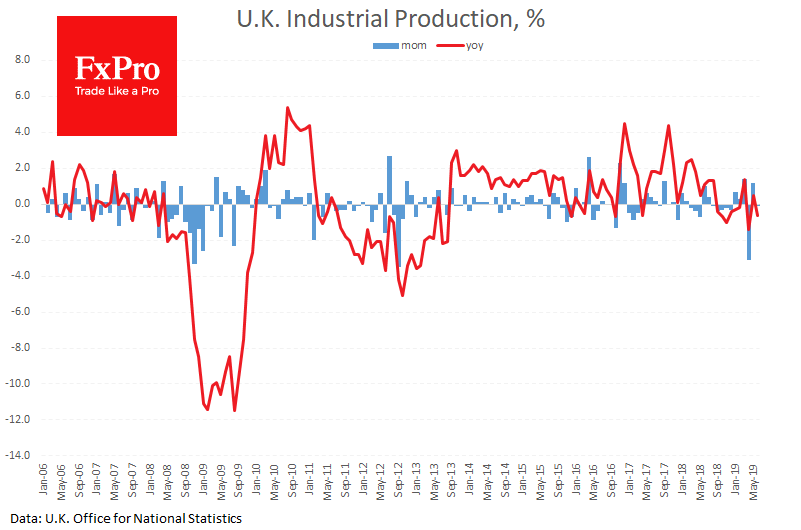 In China, a sharp slowdown is observed in both consumption and industry, that slowed to 17-year lows. The government’s attempts to support domestic demand, in this case, can only have a very short-term positive impact on the economy. If trade disputes and uncertainty continue to erode production, a temporary surge in consumer activity will not be able to reverse the trend of economic growth weakening. 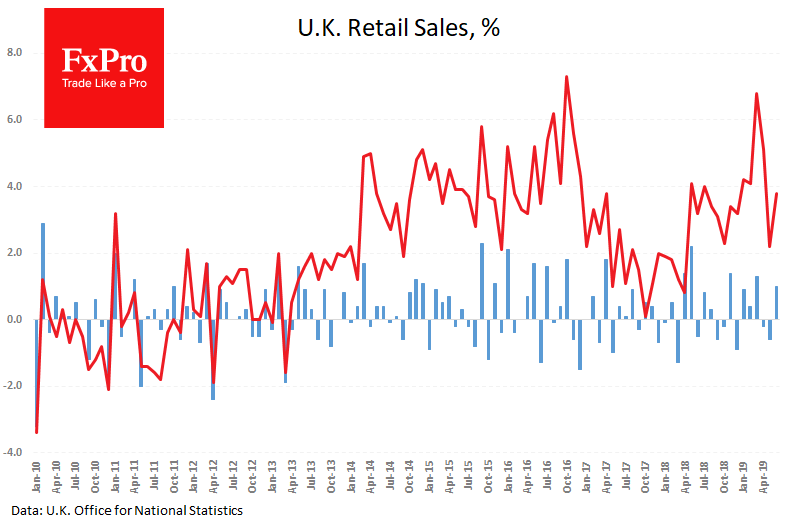