eBay & cryptocurrency? – a huge leap for digital assets ahead 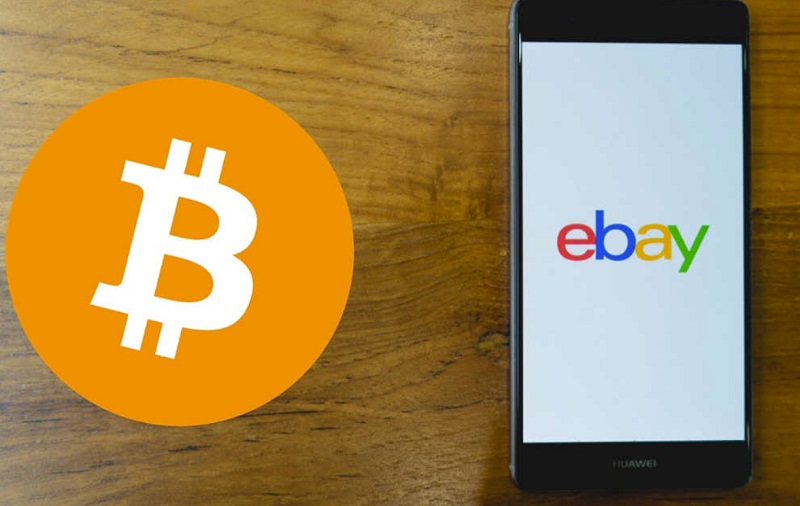 eBay is readying support for “virtual currencies” and “digital collectables” if new promotional adverts are to be believed. Spotted at the Consensus conference in New York, the banners suggest eBay is about to enter the cryptocurrency arena in what would be a major mainstream breakthrough.

The images, first leaked on Telegram channel @PatronsOfTheMoon, have yet to be to confirmed by eBay. But if they are legitimate, it could open up cryptocurrencies to 180 million active buyers. The bidding marketplace may also be eying the digital collectables market, made famous by Cryptokitties in late 2017. The potential of digital collectables was made real by Ethereum, for the first time offering a platform for truly unique, one-of-a-kind digital assets. As a hub for collectable items and auctions, eBay is a natural mainstream platform for the future of digital collectables. While there is no official statement on its crypto plans, the marketplace has been widely linked to bitcoin payment gateway UTRUST. 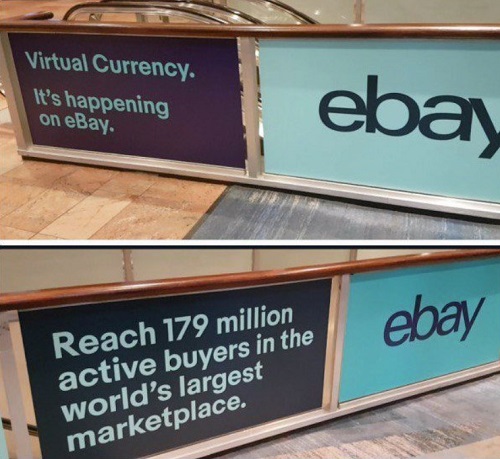 UTRUST hired former eBay and PayPal executive Sanja Kon as VP of Global Partnerships in 2018. So a partnership between UTRUST and eBay would be a logical conclusion. The e-commerce marketplace has had an eye on crypto payments since the tail end of 2017. As CCN reported at the time, senior vice president of eBay Americas Scott Cutler said the company was “seriously considering” adopting bitcoin payments. The e-commerce giant’s surprising reveal isn’t the only major news from Consensus. New York crypto payments startup Flexa hinted at partnerships with Starbucks, Nike, and Bed, Bath, & Beyond at the conference. The startup is launching its app at Monday’s Consensus event.