Dollar spike as a signal of growing market concerns

Markets were mostly growing on Wednesday and continued to rise slightly on Thursday morning, pushed up by hopes of concluding trade agreements between the U.S. and Japan, as well as the U.S. and China. However, this growth may well be called illusory. Outside of the relatively encouraging real estate data in the U.S., there are many more reasons for concern in the markets. Moreover, it is unlikely that Trump’s phrase that a trade deal “could happen sooner” can be considered news. We heard that almost from the very beginning of trade disputes 15 months ago. 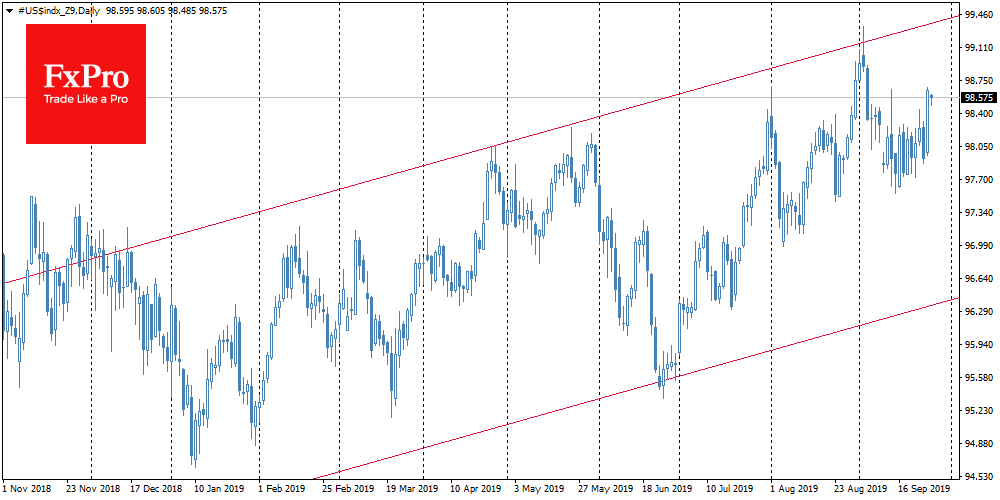 Interest rates cut in the U.S. at the end of July revived the U.S. real estate lending market. New home sales in the U.S. jumped 7.1% in August. Report last week additionally shows the existing homes sales at 1.5-year high. Real estate often acts as an indicator of consumer sentiment. People try to avoid buying expensive real estate when they are not sure in their near future. Although, t, it his time we can speak about the aspiration of people to take advantage of lower rates, and no more than that. The study of consumer sentiment on Tuesday noted their sharp drop – the strongest since December when the financial markets were seriously declining.

Severe tectonic shifts may hide underneath the calm markets. For example, the REPO market – a short-term interbank lending market – in the U.S. remains vulnerable, supported only with liquidity injections from the Fed, which is still in demand for a second week. 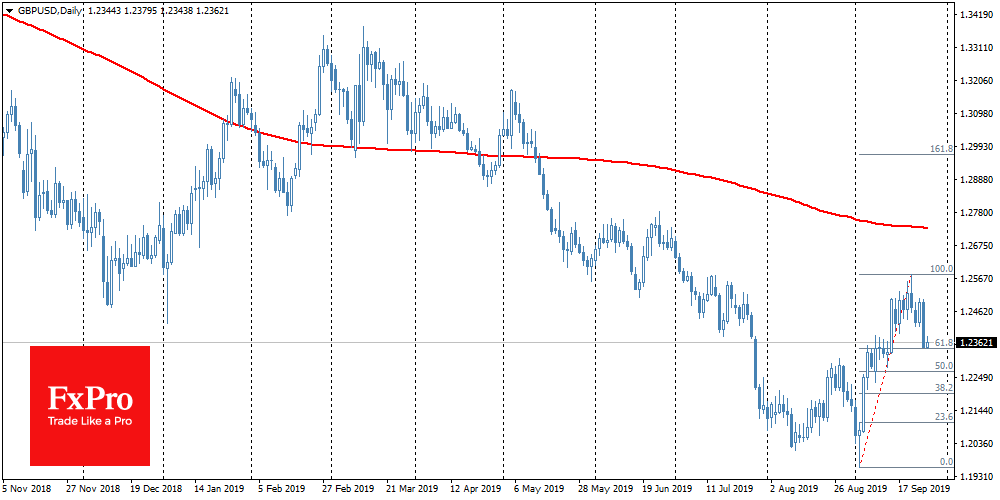 Besides, on Wednesday the dollar experienced the sharpest spike in the last three months, adding 0.7%. At the same time, GBPUSD declined by more than 1.2% to 1.2340, following an increase in the chances of new elections and many more months of uncertainty around the Brexit deal ahead. Strictly speaking, the last dynamics of the pound can be called a retreat after the 5% rally since the beginning of the month. The British currency reacted very positively to the Brexit date shift before, as it reduced the chances of a chaotic exit from the E.U.

As the FxPro Analyst Team said, partly the pound’s decline was behind the weakening euro against the dollar. EURUSD fell to 1.0941 on yesterday, to the lowest close of the day since May 2017. Earlier in the month, the touch of 1.1000 was reinforcing purchases, but this time the bulls seem to have retreated. 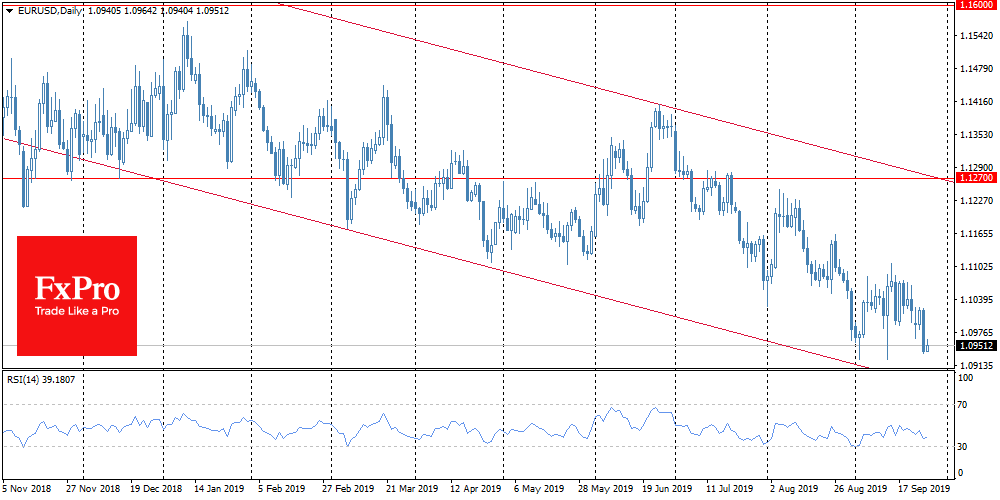 The strengthening of the dollar overnight caused by the demand for protective assets may well harm the global markets at the end of the week, despite the optimistic tone of the policymakers. Overtime, statements about the trade deal progress have a less and less lasting effect on the markets. The strengthening of the dollar and the decline in the yield of U.S. government bonds quite clearly reflect the cautious tone of the markets, albeit not yet resulting in a sale of stocks.