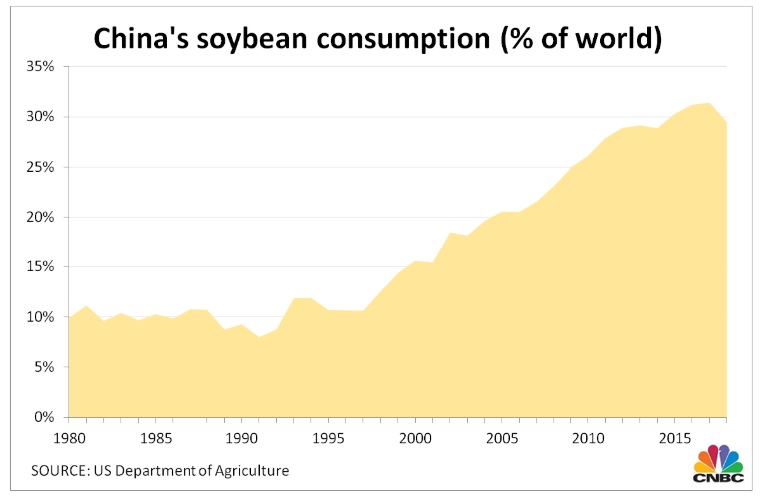 In just 40 years, China has grown to become the world’s largest buyer of a number of commodities — from soybeans to copper. “China’s influence across global commodity markets is without parallel,” said Wood Mackenzie, a commodities consultancy in a report earlier this year.

China’s appetite for commodities has grown since the country’s economic reforms in 1978, tracking its rise to become the world’s second-largest economy.

Soybeans are among the the most politically sensitive commodities flowing into China as it is the world’s largest importer of the oilseeds and accounts for 60% of U.S. exports. China’s soybean consumption has grown more than 12 times in the last 40 years or so.

As China’s property sector boomed, the country’s need for copper burgeoned. The red metal is used for a wide range of applications in engineering and construction, and is often viewed as a reliable indicator of global economic health.

China’s demand for steel has surged in the last 40 years amid rapid industrialization. The versatile metal is used for a wide range of sectors including construction, shipbuilding and car-making.

China’s demand for oil may not be as significant as its consumption for steel and copper, but the Asian giant is still one of the world’s top energy consumers and the world’s largest crude oil importer, and accounted for around 14% of global consumption in 2018.