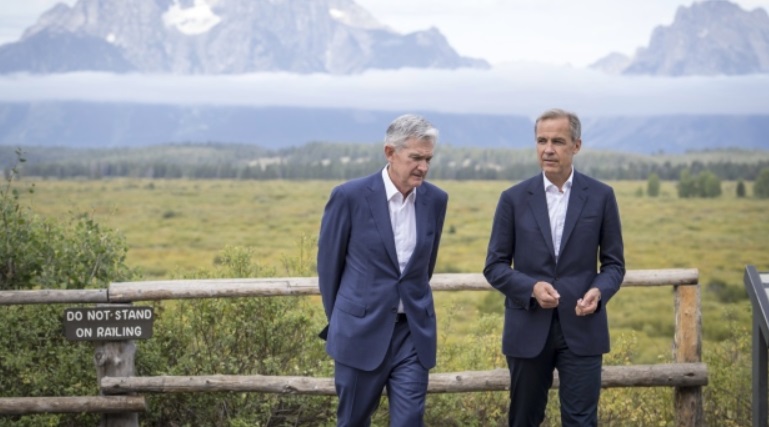 Mark Carney laid out a radical proposal for an overhaul of the global financial system that would eventually replace the U.S. dollar as a reserve currency with a Libra-like virtual one. Just a few months before he steps down as Bank of England governor, Carney offered his vision for the international economy at a time of sweeping change. Trade wars and the threat of currency wars are hurting growth and upending multilateral cooperation, while central banks are trapped in a low interest-rate world as they struggle to revive inflation.

Speaking to fellow policy makers and academics at the U.S. Federal Reserve’s annual symposium in Jackson Hole, Wyoming, he said that in the short term central bankers must deal with the situation as it is. But he also warned that “blithe acceptance of the status quo is misguided,” and dramatic steps will ultimately be needed.

His most striking point was that the dollar’s position as the world’s reserve currency must end, and that some form of digital currency — similar to Facebook Inc’s proposed Libra — would be a better option. That would be preferable to allowing the dollar’s reserve status to be replaced by another national currency such as China’s renminbi.

A multipolar system would reduce those spillovers and help minimize the volatility of capital flows to emerging markets. The “mainstream view” of monetary policy and the international financial system is “increasingly anachronistic,” the BOE chief declared. “Even a passing acquaintance with monetary history suggests that this center won’t hold,” he said. “Let’s end the malign neglect of the international monetary and financial system and build a system worthy of the diverse, multipolar global economy that is emerging.”