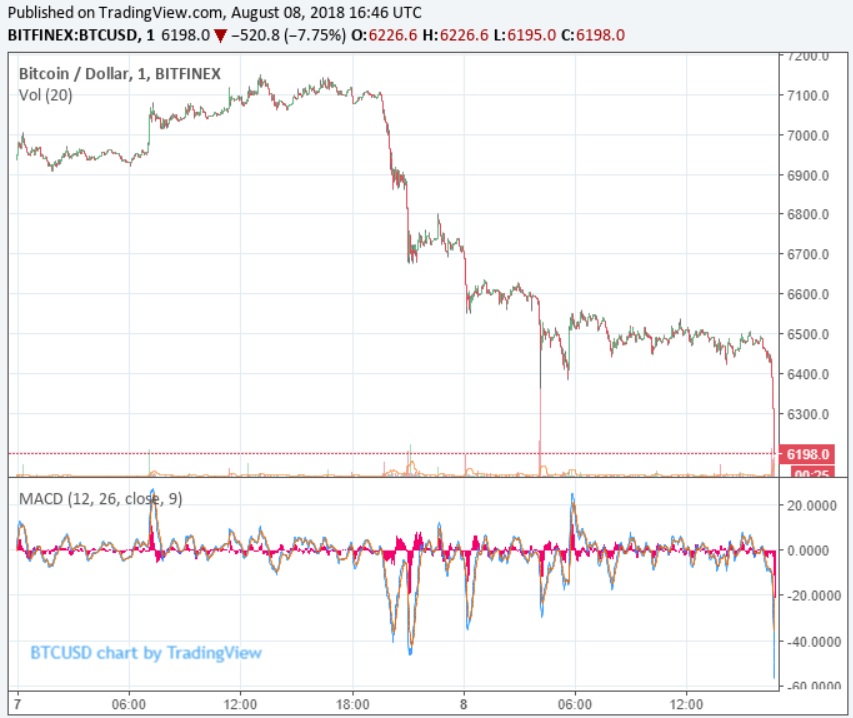 The bitcoin price took another major downward pivot on Wednesday, forcing the value of the flagship cryptocurrency to a three-week low. Bitcoin spent the majority of the morning and early afternoon trading near $6,500 but proved unable to sustain that level heading into the evening.

Following a thirty-minute stretch that saw BTC/USD shed close to $70, bitcoin took a $245 plunge at approximately 16:40 UTC, ultimately declining as low as $6,180 on cryptocurrency exchange Bitfinex.

Bitcoin had already entered the day firmly in the red, thanks to a Tuesday sell-off that correlated with the U.S. Securities and Exchange Commission’s announcement that it would delay ruling on the VanEck/SolidX Bitcoin ETF until at least the end of the September.

That price drop was met with bewilderment in many cryptocurrency circles, as most mainstream analysts expected the SEC to delay the ETF ruling, and several major investment firms had predicted the agency would not likely approve a bitcoin ETF in 2018.

Nevertheless, clearer heads did not prevail on Wednesday, perhaps revealing that traders had prematurely priced in a bitcoin ETF approval that is unlikely to materialize in the short-term.