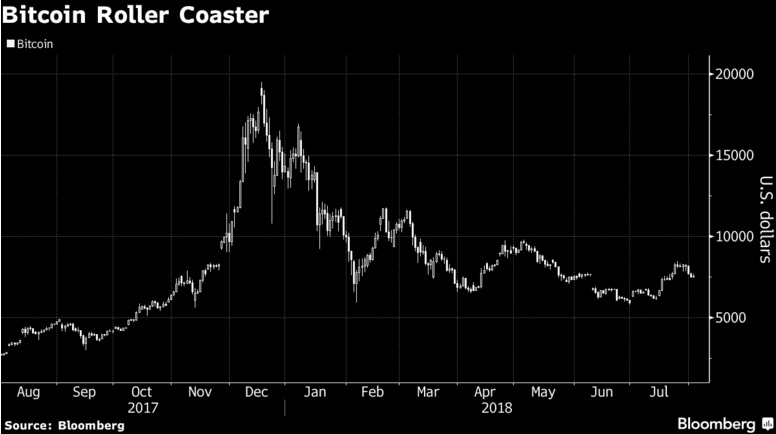 Bitcoin evangelists preach that the virtual currency will one day supplant the dollar. UBS says they may have to wait a while since it can’t be considered money or even a viable asset class yet. For Bitcoin to replace U.S. money supply — paper bills, coins, travelers’ checks and the like — its price could need to hit nearly $213,000, or its network’s processing capabilities would need to dramatically improve, a new report by UBS found.

Currently, Bitcoin’s network can only process a fraction of the payment volume that companies like Visa Inc. handle. And that capacity constraint, inherent in the design of Bitcoin’s network, could continue to limit the digital currency’s usefulness, UBS said in its 34-page report out today.

“Our findings suggest that Bitcoin, in its current form, is too unstable and limited to become a viable means of payment for global transactions or a mainstream asset class,” the report found.

Bitcoin’s use in commerce has declined since peaking last September, according to new research from Chainalysis Inc. Speculative demand explains more than 70 percent of the change in Bitcoin prices, the UBS report found.

While cryptocurrencies have the potential to become an alternative asset class, their prices are likely to remain highly volatile, appealing more to speculative investors, UBS said.