Bitcoin has lost almost 2% in the last 24 hours and trades near $7,150. The inability to develop a confident rebound for the BTC practically always ended in a decline. The altcoin market demonstrates the same dynamics. In contrast, Tether (USDT) and USD Coin (USDC) are gaining traction, as now the stablecoins act as a safe harbour in the market, where you can wait for the end of crypto turbulence. According to Bakkt Volume Bot, the trading volume of Bitcoin futures on Bakkt for Monday was $6.54 million, showing a spike of 42% compared to the previous day. 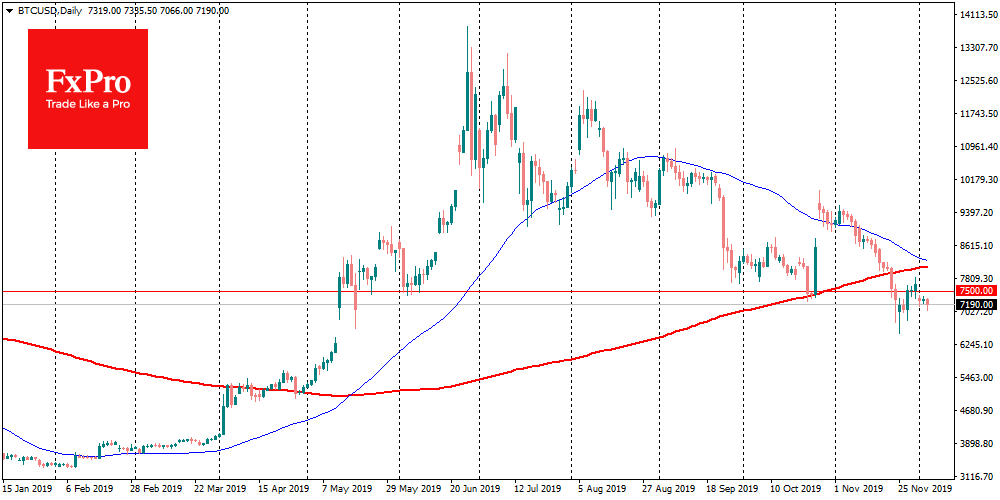 After the appearance of the data that most of the Bitcoin emission does not move out of the wallets, we had to realize another thing: about 2 million BTC coins stored on just eight crypto exchanges with almost a million is on the Coinbase. Although Bitcoin is a decentralized cryptocurrency, the concentration of the asset in several hands significantly affects its primary competitive feature, as the exchanges themselves are quite vulnerable to pressure from governments. Besides, the hash power of the network is also concentrating among big players as small miners were squeezed out from the market, which eventually leads us to think that instead of “fighting the system” the fighters themselves created a new one.