The demand for risky assets continues its moderate recovery in Asia, while US indices are stagnating. The focus of the markets has shifted from the current situation to the outlook, and from this perspective, the American indices seem less attractive.

The Shanghai index A50 has risen to the two-months highs, which is partly helped by the expectations of fourfold weight increase the of Chinese companies in global indices from MSCI. Positive expectations have managed to overcome the short-term caution in front of the negative trade wars consequences. At the same time, economists warn about unequivocal negative consequences of trade conflicts for the world economy. 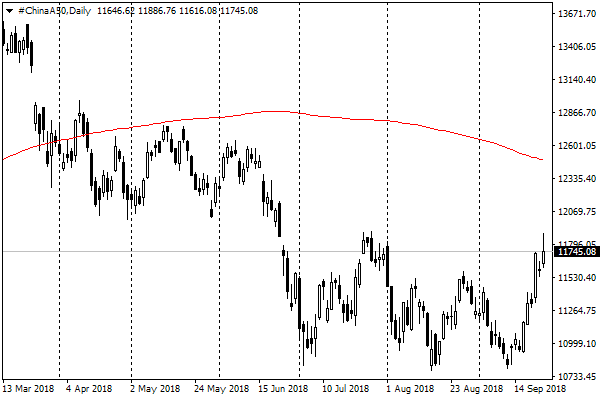 On the contrast, American indices were losing ground yesterday, despite very strong data. S&P500 lost 0.3% on Tuesday. However, futures on the index have now played these losses following the rise in Asia. 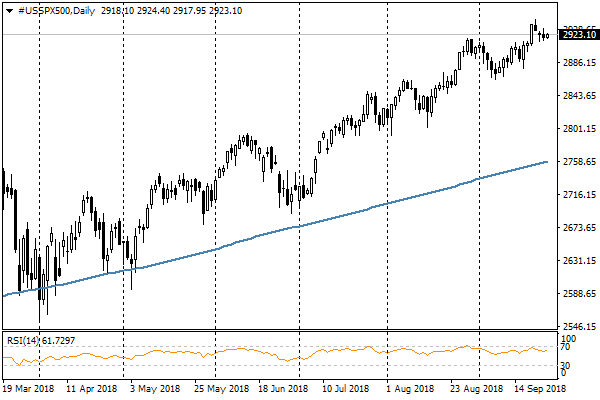 The U.S. Consumer Confidence index rose in September to 138.4, 18-year high, thanks to sharp improvement in expectations component. The index is just in a couple of steps from the historical highs on 144.7. Another indicator, Richmond Fed Manufacturing Index, has risen to 29, which is slightly below historical highs since 1993 at 30. 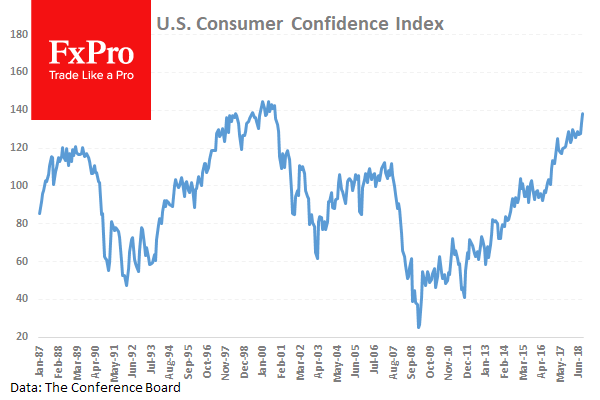 Strong macroeconomic data often support the currency; suggests more decisive steps for the CB to raise the rate following the increase of inflationary pressure, and increases demand for stocks on higher income expectations.

However, in this case, the caution was outweighed in anticipation of the Fed’s comments on the interest rate. 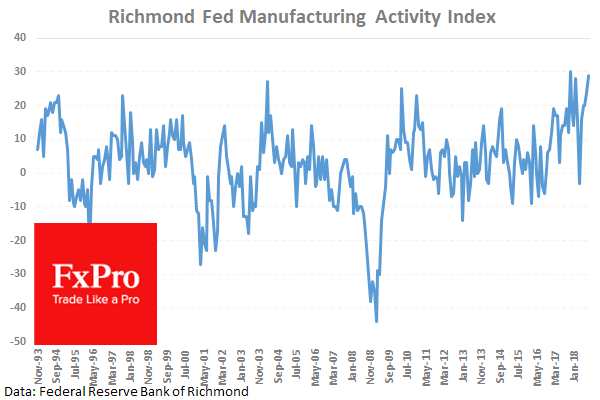 The reaction of markets continues to be counterintuitive: the real threats to growth in developing countries are brushed aside by the optimism about weights gain in global indices, while strong consumer confidence and business activity are incapable of fuelling further stock demand. The main reason for this is the fact that the markets look forward and not backward.

The fears that the US economy has gone through its peak and will continue to slow down are growing now, and the Fed’s increase in rates would exacerbate this braking at the same time that U.S. companies will not be able to maintain an equally impressive revenue growth.