Are Russia and China the best of friends now? It’s complicated, analysts say 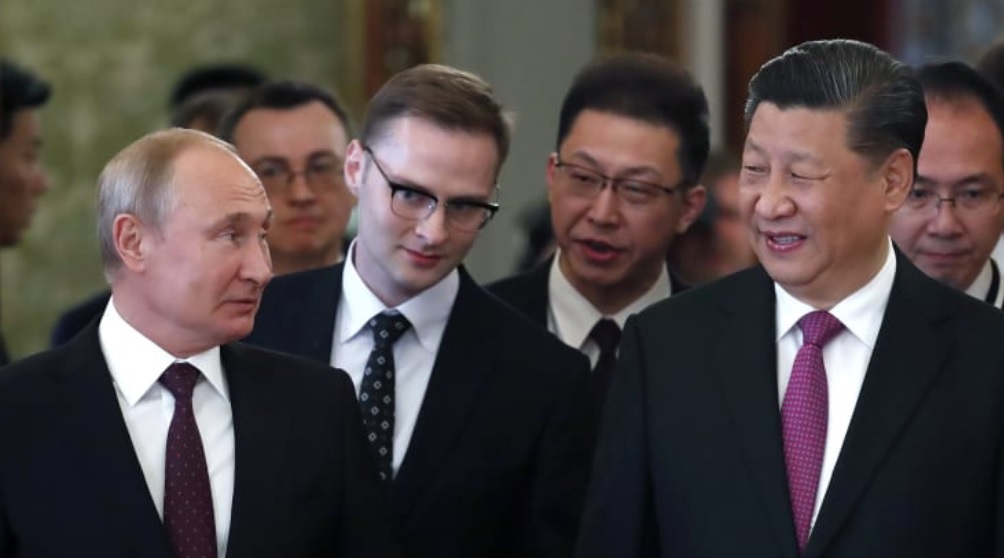 Russia and China appear to be increasing their economic, political and military ties amid poor relations with the West. But the relationship is far more nuanced than it first appears with strengths and weaknesses on both sides, experts note. While U.S. trade relations with China have soured, as each slap billions of dollars’ worth of tariffs on each other’s goods, trade relations between China and Russia are blossoming. Chinese President Xi Jinping even called Russian President Vladimir Putin his “best friend” in an uncharacteristic display of warm relations during a state visit to Russia this summer.

Xi also promised Putin that China was “ready to go hand in hand with you” and the leaders signed statements committing to “the development of strategic cooperation and comprehensive partnership” between their nations and “strengthening strategic stability (which) includes international issues of mutual interest, as well as issues of global strategic stability.” Strengthening economic ties is a large part of warm Sino-Russia relations. Last week, Russian and Chinese news agencies reported that the two countries want to double their trade over the next five years, to $200 billion by 2024 — up from $107 billion worth of trade in 2018 — by implementing joint projects in fields of energy, industry and agriculture.

Despite making vows to increase bilateral trade, the economic relationship between Russia and China is not a marriage of equals. The International Monetary Fund expects Russia’s economy to grow 1.2% in 2019; China, meanwhile, is expected to 6.3%. It’s no surprise then that Russia sees China as a massive growth market at a time when its trade with western nations is sorely restricted. Russia is still subject to economic sanctions for its annexation of Crimea from Ukraine in 2014, as well as interference in the 2016 U.S. election and the nerve agent poisoning of a former double agent in the U.K.

The old adage that “my enemy’s enemy is my friend” could be applied currently when it comes to China and Russia’s relationship with the U.S. right now. Sino-U.S. relations are currently more acrimonious than those between Russia and the U.S, given the lack of resolution to the trade dispute. “There’s a growing consensus that a partnership between Russia and China is quite a powerful force, led by China rather than Russia, but that between the two of them they could represent quite a powerful bloc and I think the U.S. is growing increasingly concerned by that,” the EIU’s Birch noted. She added that “Russia would be the junior partner based on size of market and its prospect for growth so obviously in that sense, Russia would be pulled into China’s sway slightly.”