After stocks and EM currencies, investor’s focus turned to commodities

Asian indices have updated 18-month highs, acting out the news that Washington and Beijing are working closely on a trade agreement. Since the beginning of the year, the MSCI of the Asia-Pacific region is up 16%. Nasdaq has even more impressive growth, added 50% to level precisely one year ago.

However, the demand of financial markets is not limited to stocks. The Emerging Market currencies show decisive growth at the end of the year. Year-to-date the Ukrainian hryvnia grew by 19% to the dollar; the Russian ruble is up by 13%; while the Egyptian pound – 11.5%. 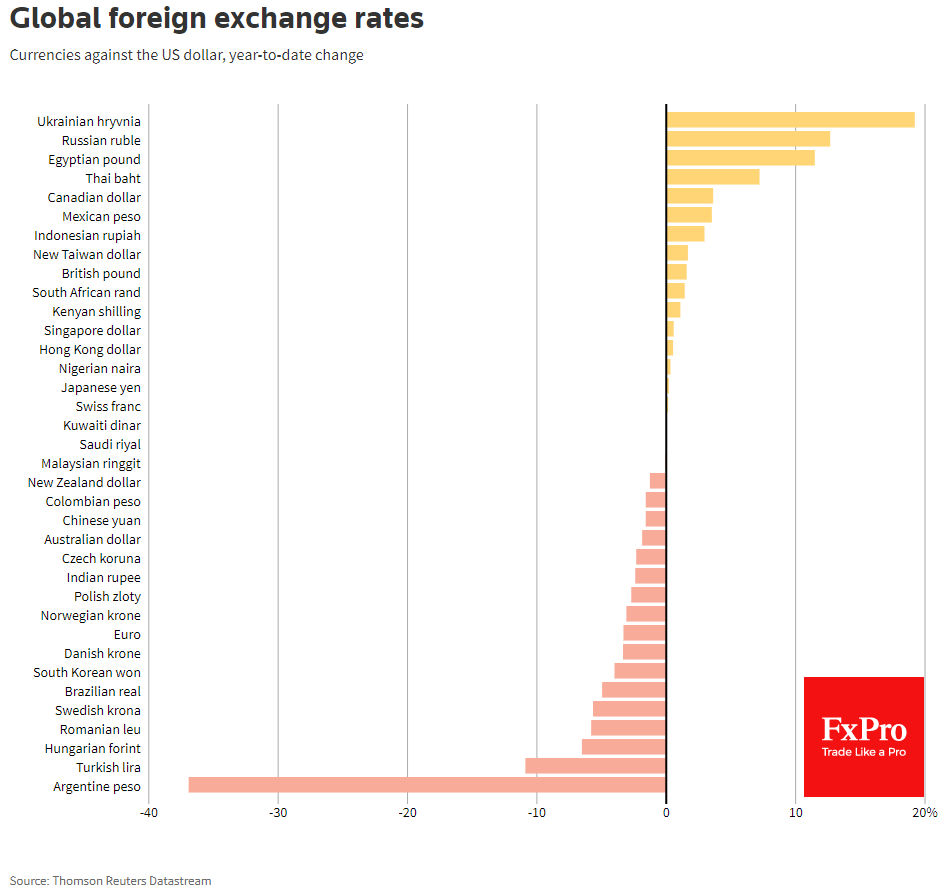 Another vital sign of global optimism is that the cost of credit default swaps (CDS) now stand on their lowest levels since the first half of 2008 acting as a clear indication of investor complacency. Indeed, during this time, their debt burden increased by more than 50%. This optimism of investors can be explained only by the certainty that the largest central banks can continue to return the global economy to growth, pressing interest rates.

Investor sentiment also affects commodity prices. Renewed balance asset purchases on the balance sheets of the ECB and the Fed indirectly helped oil prices grew by 17% to the levels at the beginning of October, of which only December accounted for about 10%. Brent is trading near $ 67 on Friday, close to highs ​​since May, if we exclude several days of staying higher due to force majeure in Saudi Arabia. Oil is still far from the peak levels of this year ($ 75) and previous one (above $ 85), leaving sufficient potential for further growth. 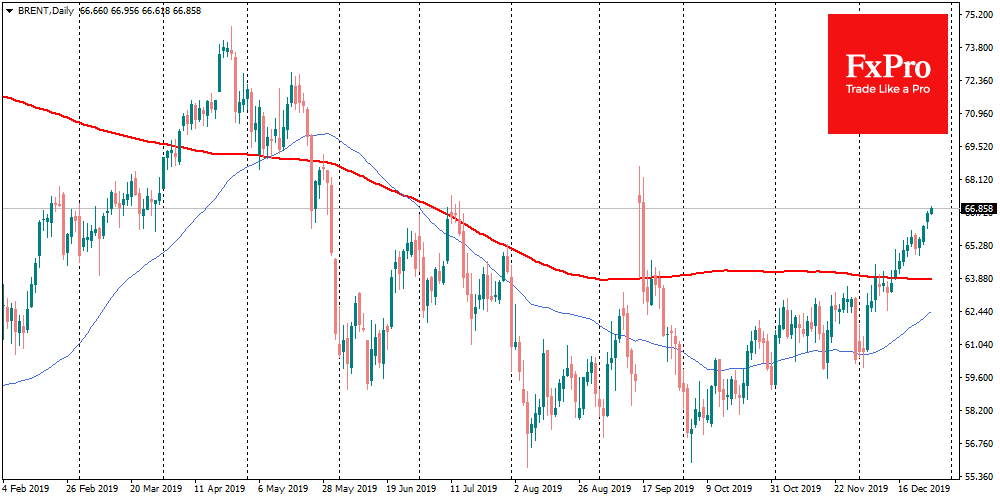 Acceleration of global economic growth promises to result in increased oil demand in addition to the constraints from already agreed OPEC+ cuts since January. The relationship between oil prices and the global economic growth rate, as well as a noticeable lag behind the dynamics of stocks in recent months, puts such commodities as oil and gold among attractive for the coming months.

This week, gold, it seems, decided to break the lull period by sharply returning to an area above $ 1,500 in the last days of the outgoing year. Gold attracted interest as a defensive asset from May to September and came under pressure when market growth got support from softer the ECB and the Fed policy, which caused a $ 100 price correction in the $ 1,450 area. And it was only with the beginning of December that the markets turned their attention to gold as a potential insurance against inflation instead of a safe-haven in turbulent times. Gold had this status from 2000 to 2011, when it was believed that the policy of central banks is softer than needs to be. 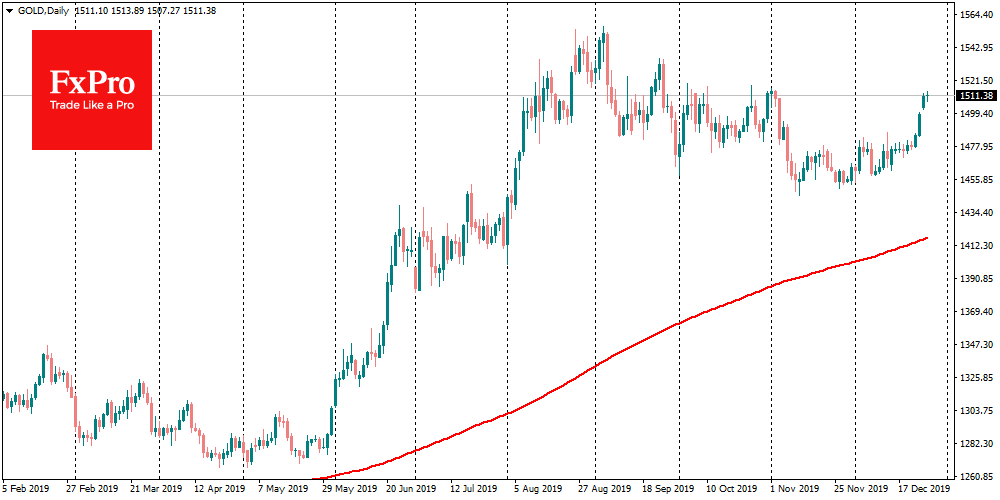 It seems that in 2020, markets enter ready to consider a broader range of potentially interesting financial instruments, which may cause further growth in oil and gold quotes in the first months of the new year.