Home › Daily Outlook › With new tax reforms, US are kicking the can down the road

With new tax reforms, US are kicking the can down the road

The global market continues to grow, showing new historical highs for the major American indices, as well as the ones of Australia and India. The American Dow Jones closed above 29,000 for the first time, and the S&P 500 hit 3300. After signing the trade agreement, Trump gave a new impetus to the markets in the form of a new tax reform package. The US Treasury Secretary said yesterday that further measures might be announced by the middle of the year, which promises to be serious support for Trump in the presidential race.

Previous tax reform was in the end of 2017, but while there was a debate in Congress and the Senate, markets grew steadily throughout the year, adding more than 25% on S&P500 and 35% on Dow Jones. It may well turn out this time that the tax cuts will help markets to grow from the moment they are announced until the approval. And under these conditions, the achievement of Dow Jones 30,000 (+ 3% to current levels) may be seen as a very close and real target for market players, which will attract additional interest in the media, creating a favourable noise. Of course, as always in such cases, there are no free lunches. The US economy has been creating jobs for the 12th consecutive year, companies and market analysts are looking to the future with confidence but still have an impressive budget deficit of about $1 trillion for the fiscal year ending in October 2018.

As long as the growing budget deficit does not lead to a loss of interest in American debt securities, markets may ignore this fact. However, the problem of a high debt burden will be challenging to solve instantly. 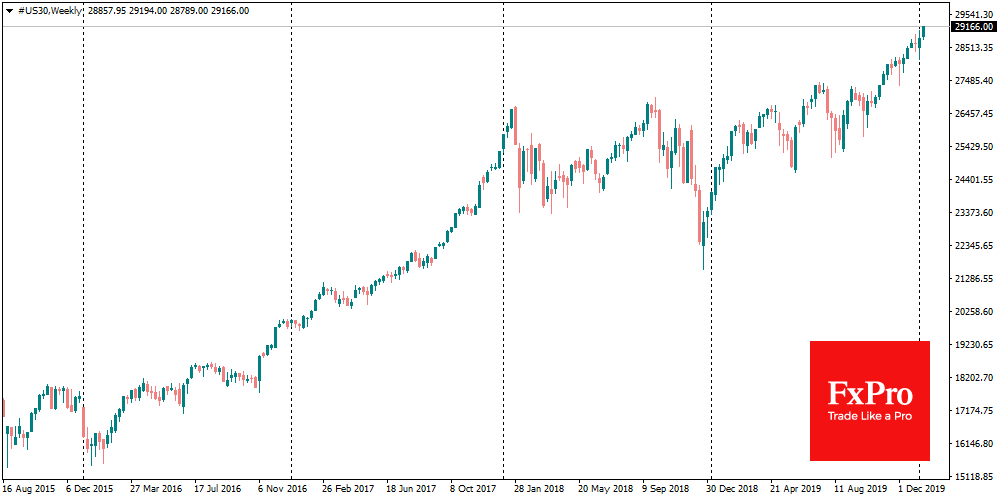 In this case, the most obvious solution may be to weaken the US dollar, which will spur inflation and eat up the real value of national debt. However, it is not so easy to do. The Fed can weaken the dollar only through monetary easing – a technique that is quickly copied by other central banks, as we saw in 2019. As a result, the dollar index showed the minimum volatility in recent years and even slightly increased.

There is much more room for manoeuvre for the US. Treasury, which may order the Fed to weaken the dollar, as well as agree with the authorities of other countries not to prevent this weakening. But this conflicts the idea of free markets, which the US itself so fiercely advocates. Moreover, a systematic weakening of the dollar risks undermining the demand for US debt securities, which would eventually result in higher government debt service costs. 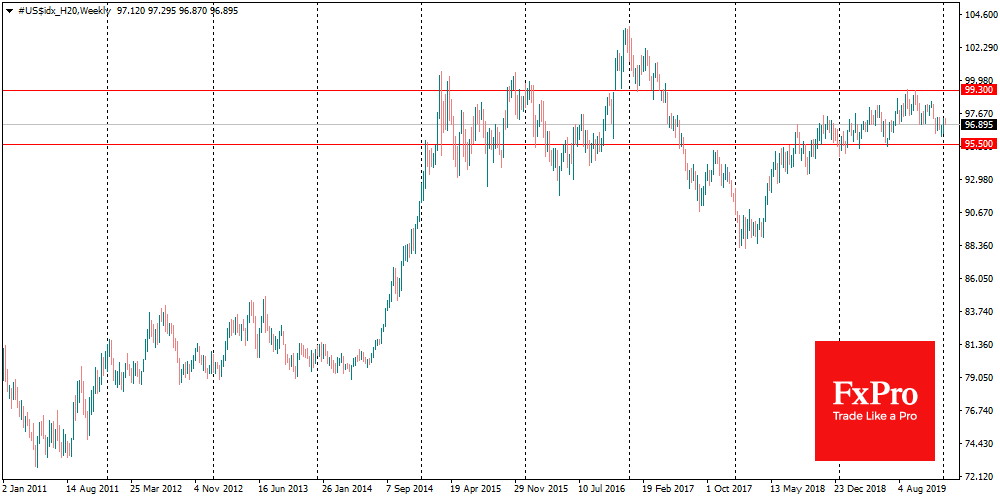 The US chose to kick the can down the road, meantime continue to accumulate problems and even increasing efforts in this direction. In the short term, it does not harm the dollar, but it puts a time bomb under it, risking to repeat the scenario if not Greece of the 2010s, then Japan of the 1990s.