Why the stock market is up even with historic job losses

A record number of Americans just lost their job, and yet stocks are moving higher. This seems paradoxical given the economic toll — to say nothing of the emotional toll — on millions of people across the country without a job. While some say this is further indication that the stock market has become decoupled from reality, others say there are clear reasons why stocks have rebounded, and can continue to move higher.

For one, the jobs data in and of itself is backward-looking. The April figures — which saw a record 20.5 million Americans lose their job — is from the height of the crisis. Since then, economies have begun to reopen. There is still a long way to go, of course, but the market is discounting what’s going to happen six months from now, when most states will be getting back to business. 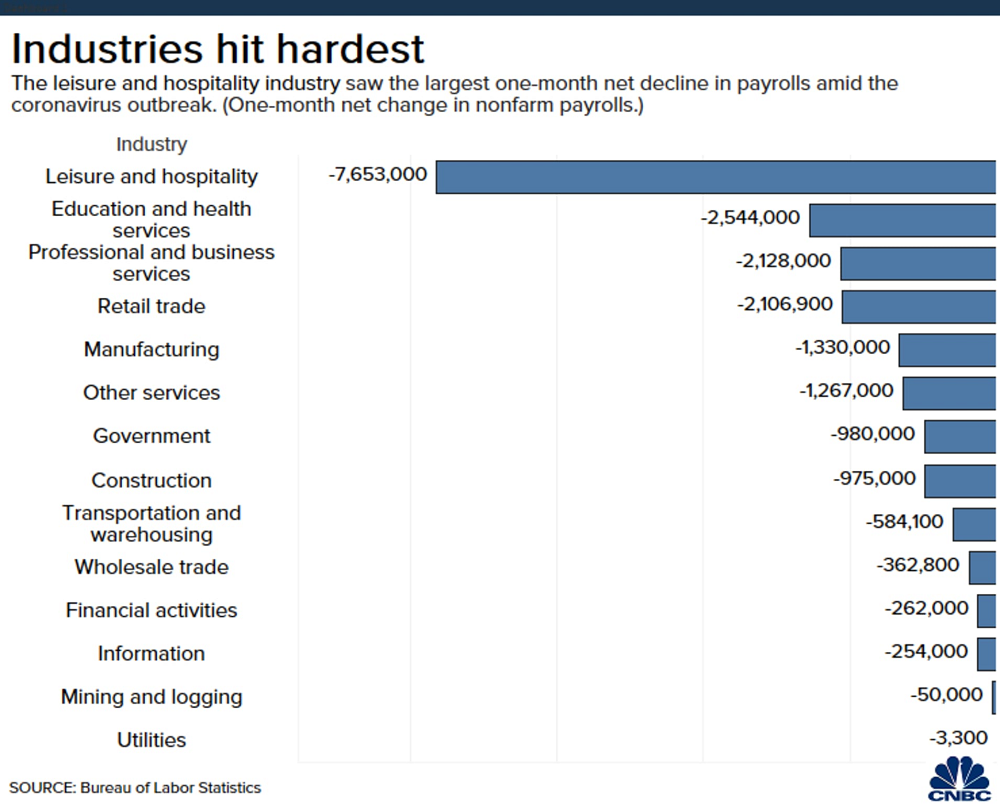 Strategists also point out that the losses have been somewhat concentrated in the leisure and hospitality sector, whose underperformance has overshadowed strength in other areas of the market. And with the government and federal reserve providing record stimulus measures, some argue that once businesses do get back up and running, the recovery will be swift.

The S&P 500, Dow Jones Industrial Average and Nasdaq Composite all opened higher on Friday, with the Dow surging more than 300 points. Since the March 23 low, all three averages have bounced more than 30%.

While the debate among health experts about how and when economies should reopen is ongoing, some states have already started easing shelter-in-place measures. A number of states including Florida began phase one reopenings on Monday. California became the latest state to lift some of its precautionary measures, with certain low-risk retailers allowed to open beginning Friday.

Pockets of strength? At first the market sell-off was broad in nature as the uncertainty surrounding the coronavirus sent the major averages tumbling into a bear market at the fastest pace on record.

But since then, the divide between the winners and losers widened. Unsurprisingly stocks most exposed to the coronavirus threat — including hotels and airlines — have continued to trade lower. But other names are showing strength. On Thursday the Nasdaq went positive for the year, as names like Netflix and Amazon surged to all-time highs.

While many unknowns remain and the path forward is far from certain, famed investors are quick to note that the U.S. has bounced back before. “Nothing can basically stop America,” said Warren Buffett, chairman and CEO of Berkshire Hathaway, at the conglomerate’s first virtual shareholder’s meeting on Saturday. “The American miracle, the American magic has always prevailed and it will do so again.”

Why the stock market is up even with historic job losses, CNBC, May 8