Friday data on the labour market were surprisingly weak. The increase in the number of new jobs by 134K has been minimal for the last 12 months. Same as a year ago, the employment rate was affected by hurricanes, leading to reductions in Services. 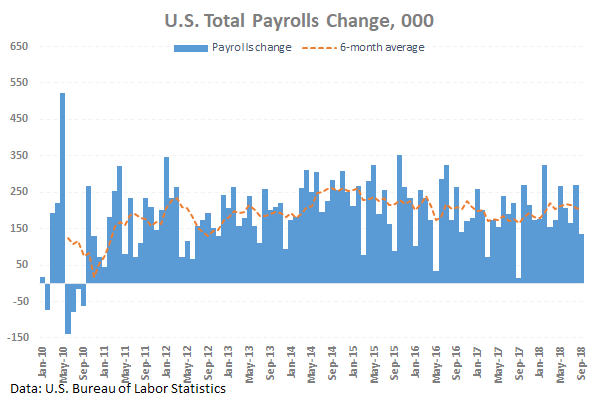 At the same time, the unemployment rate has decreased to 3.7%, the minimum level since 1969, and companies in the manufacturing sector added 18K jobs, continuing to increase the employment. No surprise was the rate of increase in wages, showing an increase of 0.3% per month and 2.8% yoy, as a result, the dollar lost 0.4% in the initial response, but largely played losses in the recovery of the demand for safe assets. 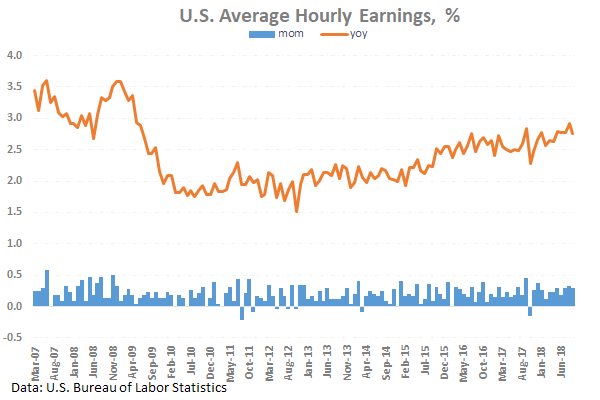 We should note why the 49-year lows of the unemployment rate are less important than the inexpressive increase in Employment.

Firstly, within a week, there were positive signals from other indicators that tuned the market to an even stronger report than the expected 185K growth. ADP reported an increase in private sector employment by 230 thousand, ISM noted the growth of employment indices in their surveys, weekly initial claims also felt better than expected. 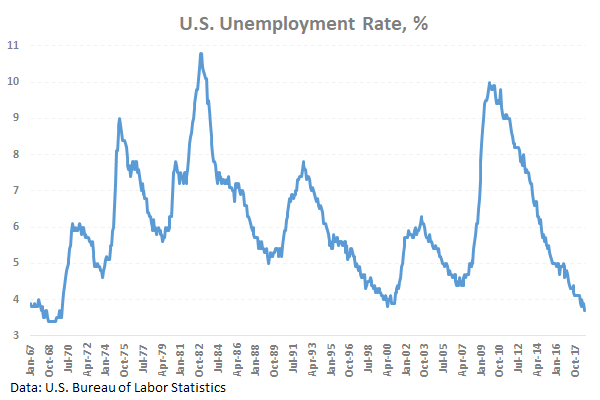 Thirdly, the number of employees looks like a stronger indicator of business activity for the markets, as it allows us to judge the growth of companies.

Weak employment growth rates have not exerted pressure on the market so much because of their weakness (we have seen much lower in previous years), but because of the hawk position of the Fed, voiced in previous days. The markets are waiting for strong increases in rates, and weak employment rates give rise the doubts whether the Fed’s plans have suppressed the economy too much.

As a result, S&P500 lost 0.6% on Friday, and at the opening of trades on Monday is reduced by another 0.1%. Chinese markets are impressively losing at the start of trades on Monday due to the return of worries around the hard landing of the Country’s economy. PBC reduced the reserve requirement rate to 100 bps, which is designed to support liquidity in the markets, but it did not save from the fall of the Shanghai Exchange Index by 3%. MSCI of the emerging markets updates 17-month lows. 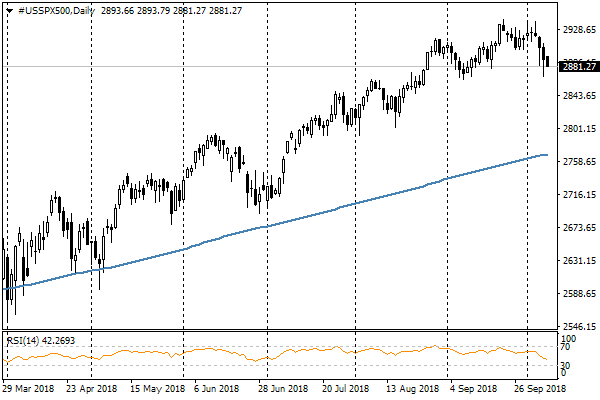