Home › Daily Outlook › US GDP shrank 4.8% in the first quarter amid biggest contraction since the financial crisis

US GDP shrank 4.8% in the first quarter amid biggest contraction since the financial crisis

Gross domestic product fell 4.8% in the first quarter, according to government numbers released Wednesday that provide the first detailed glimpse into the deep damage the coronavirus wreaked on the U.S. economy. Economist surveyed by Dow Jones had expected the first estimate of GDP to show a 3.5% contraction.

This marked the first negative GDP reading since the 1.1% decline in the first quarter of 2014 and the lowest level since the 8.4% plunge in Q4 of 2008 during the worst of the financial crisis. The biggest drags on the economy were consumer spending, nonresidential fixed investment, exports and inventories. Residential fixed investment, which jumped 21%, along with spending from both the federal and state governments helped offset some of the damage. Federal spending was up 1.7%. 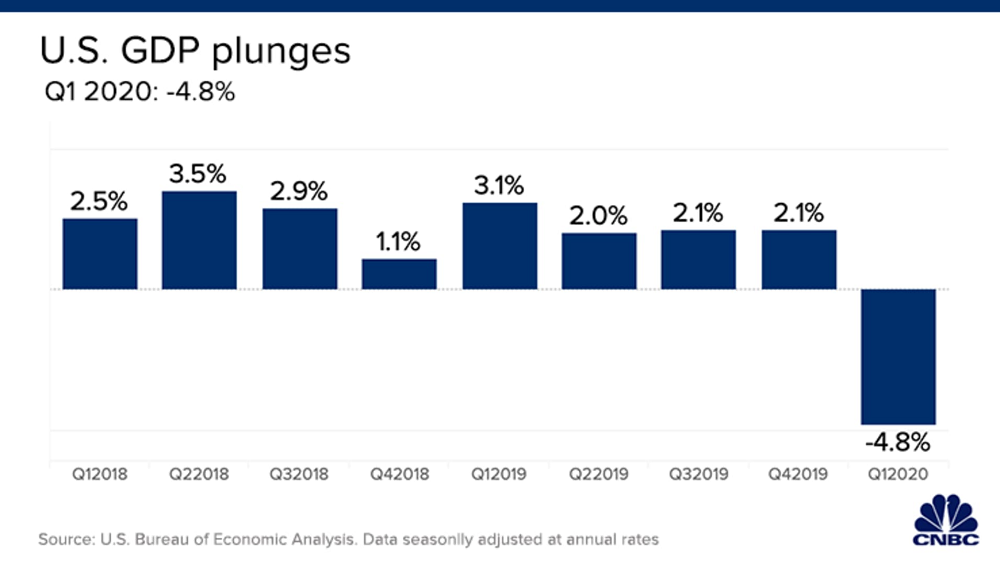 Consumer expenditures, which comprise 67% of total GDP, plunged 7.6% in the quarter as all nonessential stores were closed and the cornerstone of the U.S. economy was taken almost completely out of commission. Durable goods spending tumbled 16.1% while expenditures on services were down 10.2%.

Exports dropped 8.7% while imports fell 15.3%, including a 30% drop in services. The count of all goods and services produced in the U.S. shows that even though the first quarter saw only two weeks of shutdown, the impact was pronounced and set the stage for a second-quarter picture will be the worst in the post-World War II era. Goods consumption fell 1.3% while services slumped 10.2%.

US GDP shrank 4.8% in the first quarter amid biggest contraction since the financial crisis, CNBC, Apr 29 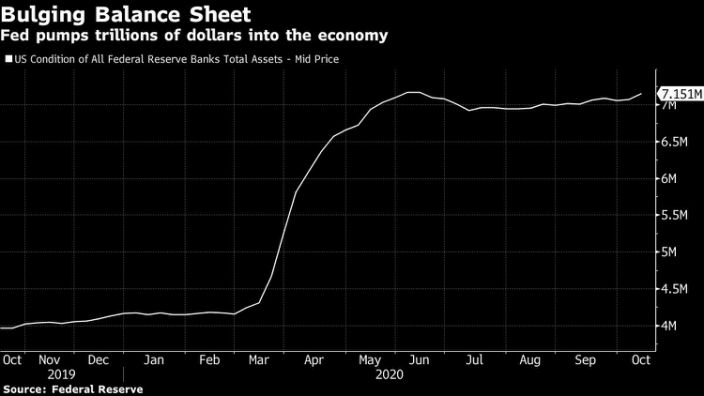