Senator Sanders pulled out of the contest to be the Democratic Party’s nominee last week, leaving Mr Biden as the only remaining candidate. In a live split-screen webcast, former vice-president Mr Biden thanked his former rival for the endorsement. Senator Sanders urged all Americans to unite to defeat Mr Trump.

He described him as “the most dangerous president in the modern history of this country”. “Today I am asking all Americans – I’m asking every Democrat, I’m asking every independent, I’m asking a lot of Republicans – to come together in this campaign to support your candidacy which I endorse,” Mr Sanders, 78, said. 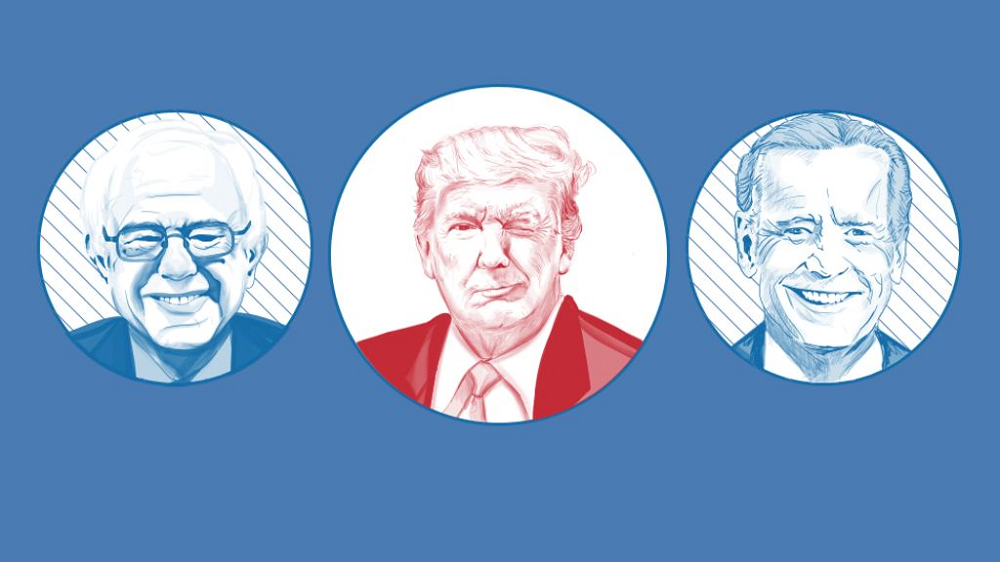 Mr Biden, 77, said he was “deeply grateful” for the endorsement and said he needed Mr Sanders not just for the campaign, but to govern. “You’ve put the interests of this nation and the need to beat Donald Trump above all else. As you say – ‘Not me, us’,” he said. Addressing the Vermont senator’s supporters, Mr Biden added: “I see you, I hear you, I understand the urgency of what it is that we have to get done in this country, and I hope you’ll join us.”

Mr Biden said he and Mr Sanders were setting up policy working groups to address issues including climate change, health care and college fees. It emerged shortly afterwards that Mr Biden had beaten Mr Sanders in last week’s Wisconsin’s Democratic presidential primary – held amid controversy because of the coronavirus pandemic.

Senator Sanders, a self-described “Democratic socialist”, ended his presidential campaign last week, telling supporters he could see no feasible path to get enough votes to win the nomination.

Both sides spoke of co-operation and a unity of purpose – with a kind of rapport that was missing between Sanders and Clinton four years ago. It’s the sort of performance that will make party elders hopeful that the supposed mistakes of the past will not be repeated. The real test, however, is whether Sanders’s supporters – particularly younger voters – will heed their leader’s urging. They don’t have to love Biden for him to beat Trump, but they will have to show up to vote.