U.S. Unemployment Estimates Point to a Debt Time-Bomb About to Explode

Goldman Sachs lowered its forecasts for the U.S. economy this week. The revised predictions see GDP losing a whopping 34% in the second quarter, down 10 percentage points from the 24% loss the firm initially expected. Unemployment was revised upward to 15%, a significant jump from the 9% Goldman previously expected. That’s in line with the Federal Reserve’s expectations for 47 million lost jobs and an unemployment rate upwards of 32%. Those grim projections could spell disaster for banks—especially if they’re not as short-lived as most are hoping. 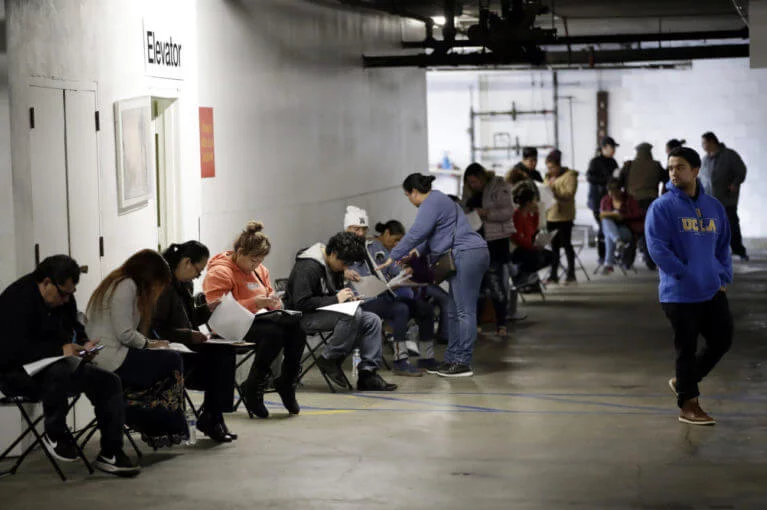 By all accounts, the U.S. economy has never experienced a shutdown of this magnitude. That suggests that the fall-out is largely unknown. Many are hoping for a v-shaped recovery in which the U.S. suffers one or two quarters of pain before bouncing back. But that may not be the case according to some economists who say the underlying cause of this recession is far from being cured. Coronavirus has shut down economies across the world completely and will continue to do so unless a vaccine makes it to market. At very least, scientists would need to better understand the virus— how to treat it, how it’s spread, its incubation period—before things can rebound. All of that looks like a long-way off. With that in mind, the ‘short-term’ pain the U.S. economy is experiencing could stretch longer.

Rising unemployment is just one part of America’s out-of-control debt problem. Corporate debt is also a concern, especially with GDP set to lose more than 30%. Banks have already started to prepare for the worst, asking their large clients to leave cheap lines of credit untapped. Hoarding behavior seen among consumers at the start of the coronavirus crisis could spread further through the U.S. economy. This time it won’t be toilet paper, it’ll be cash. For now, the Fed is injecting funds into the market to help banks maintain liquidity. But the ramifications of that strategy are unknown— especially if the downtrend persists longer than expected. CIO of The Bahsen Group David Bahsen cautioned that we’re in uncharted territory when it comes to the Fed’s easing.

It’s impossible to understand exactly how the coronavirus will impact the U.S. economy in the long term until it’s under control. That could mean everything from effectively flattening the curve to developing a successful vaccine. Each of those scenarios would have very different outcomes for the U.S. economy. The prospect of a usable vaccine is unlikely for at least 18 months. A shutdown for that length of time would almost certainly cripple the U.S. economy and cause an untold rise in unemployment.

U.S. Unemployment Estimates Point to a Debt Time-Bomb About to Explode, CCN, Mar 31