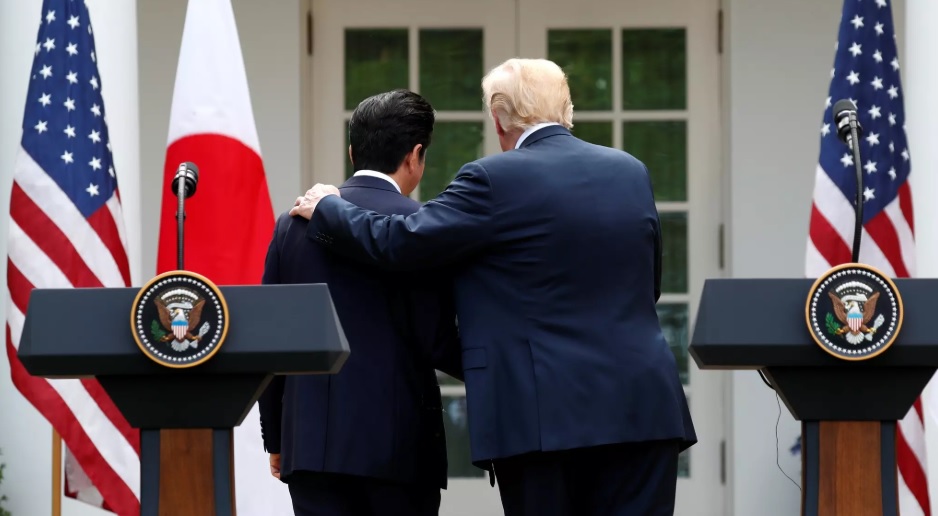 Speaking at a press conference with Prime Minister Shinzo Abe, U.S. President Trump said he hoped to announce a trade deal with Japan very soon. During his four-day state visit Trump’ said his goal was to remove trade barriers so as to give U.S. exports a fair footing in Japan.

Trump has threatened to target Japanese automakers with high tariffs. He has also spearheaded an expensive trade dispute with China. That trade war between the world’s two largest economies has hurt markets worldwide and confounded U.S. allies, including Japan and the European Union.

During his comments, the Nikkei stock market in Japan kept its gains as traders interpreted a largely positive atmosphere between the two men. Trump described the US’s trade imbalance with Japan as “unbelievably large” but he hoped to address that.

Trump earlier explicitly linked trade and security, a connection that disturbs Japan, which puts its U.S. alliance at the core of its defencepolicies. “It’s all a balance sheet thing,” Trump said at the beginning of his talks with Abe. “When I talk about a security threat, I talk about a balance sheet,” he said, adding that Japan had bought “tremendous amounts” of U.S. military gear.