Time to assess the damage

The world market’s attention is shifting from fear of the unknown to an attempt to evaluate the cost and try to look forward. The daily new cases looks more and more stable, allowing hope that there will be no further restrictions. The next stage is to assess the impact of quarantine on the economy and timing how long the damage will persist. This turns markets to China as it leads the coronavirus curve for a month or two before the EU and US. 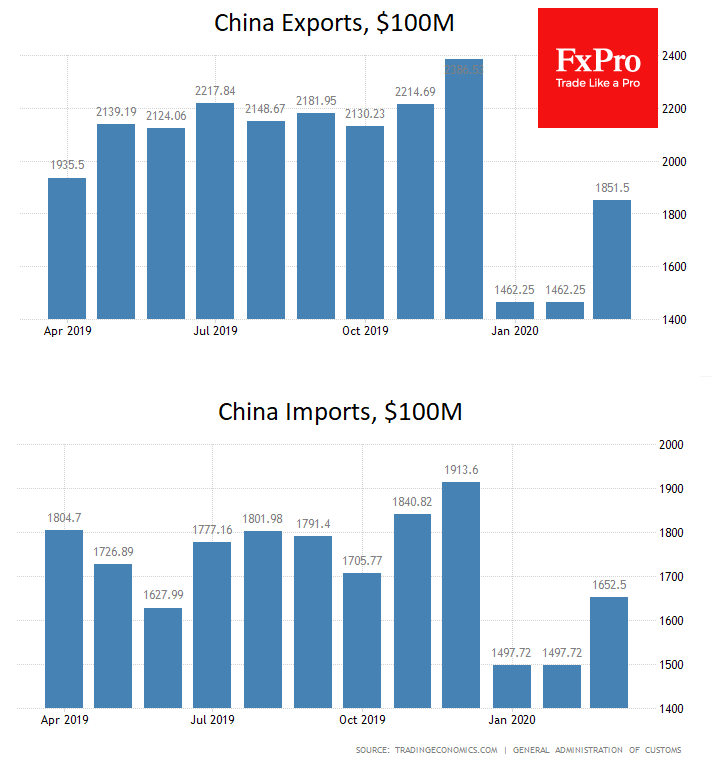 The sharp improvement was further evidence of a V-shaped recovery after the February collapse and confirmed the trends outlined in PMI surveys. It seems that China’s growth rate has almost fully recovered. A return to gross economic performance on the pre-crisis trajectory is unlikely in the foreseeable future. However, the ability of businesses to get back to work is in itself, an important signal. 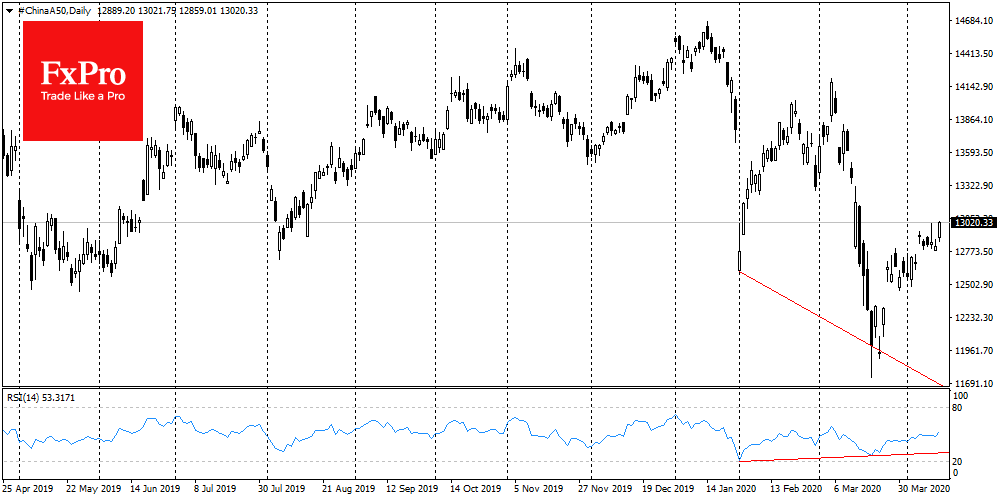 The published data caused growth in Chinese markets, raising China A50 to monthly highs. Japan’s Nikkei225 has also been at its highest level since March 11, as well as futures on the S&P500.

However, China’s experience may prove to be far from an accurate forecast for the rest of the world. Many countries in Europe have been wholly quarantined, while it was just some regions in China. In light of this, it is reasonable for EU officials to expect that the region’s economy will suffer the most from quarantine compared to others. It is also worth watching out for the British and US service sectors. They account for about 75% of the GDP there, and expected to get the hardest hit because of the pandemic. The open question is, will they recover so quickly? The markets may start getting their first estimates this week, along with the data and early quarterly reports and company forecasts. 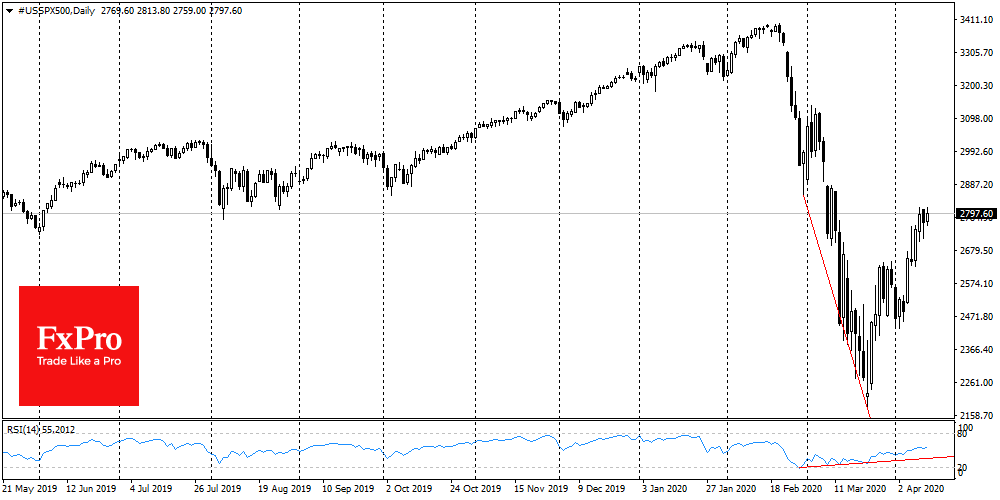