We’ve seen plenty of bearish stock market analysis lately, but this might be the most painful yet. According to one model, the Dow Jones and S&P 500 could still fall another 70% from today’s levels. 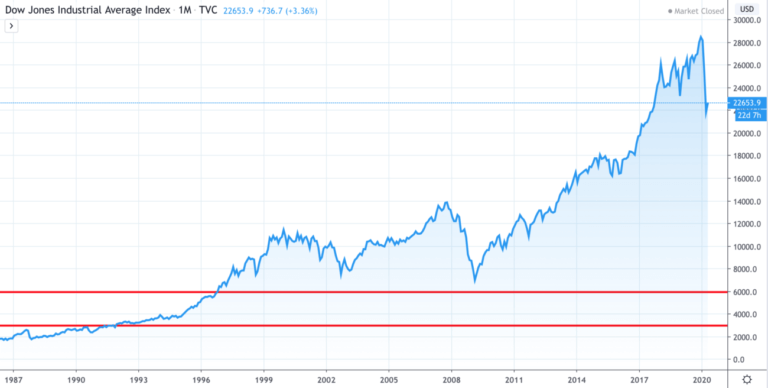 According to Markowski, there will be plenty of spikes, relief rallies, and interim bottoms on the way down to his nightmare levels. Here are some of the milestones he predicts:

New stock market lows by May 4th An interim bottom 41% – 44% below record highs by the end of the year. Final bottom in Q4 2022. The recent bounce off the lows, he says, is a classic relief rally. This will top out before April 14th, according to his statistical analysis.

While many analysts on Wall Street think the S&P 500 will retest its March 23rd lows, few share Markowski’s brutal analysis. Some think the bull market hasn’t even ended! Investing legend Howard Marks is even starting to dip his toes back into stocks. Like many, he thinks there’s a good chance this relief rally fades, but that doesn’t mean you shouldn’t start looking for discounted stocks.