Theresa May resigns as UK prime minister amid Brexit crisis 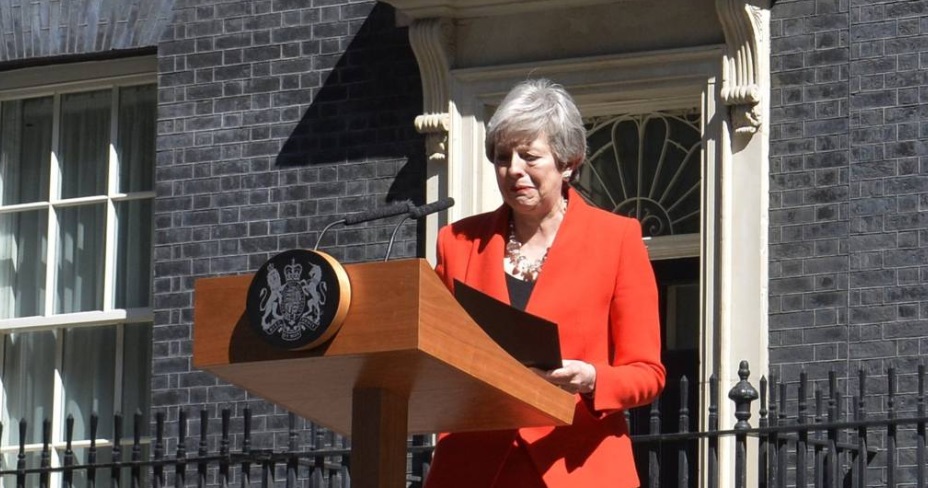 British Prime Minister Theresa May unveiled a timetable for her departure as leader on Friday morning, drawing her turbulent three-year premiership to an abrupt end.

In an emotional speech outside 10 Downing Street, May said she had “done everything” she could to convince MPs (members of parliament) to back the Brexit withdrawal agreement she had negotiated with the European Union. But, it was with “deep regret” that she had ultimately failed to reach a consensus among lawmakers.

May will step down as Conservative Party leader on June 7, with a leadership contest set to take place the following week. She will continue as an acting prime minister until a new leader is in place.

It means May will still be in Downing Street for the state visit of President Donald Trump from June 3. On three occasions, U.K. lawmakers have refused to vote in favor of May’s much-maligned Brexit deal, leading to open challenges to her premiership from within her own party.