Home › Daily Outlook › The US and China hold market’s rally

The US and China hold market’s rally

The US president once again used his favourite tactic, raising the level of tension in trade negotiations with China. Trump noted that without the imminent signing of the first phase, he would increase the tariffs on Chinese goods. China, in turn, demands more concessions from the US to sign the deal. Increased pressure from both sides can be considered a sign of close negotiations at the highest level. However, experience shows that it does not guarantee real progress. 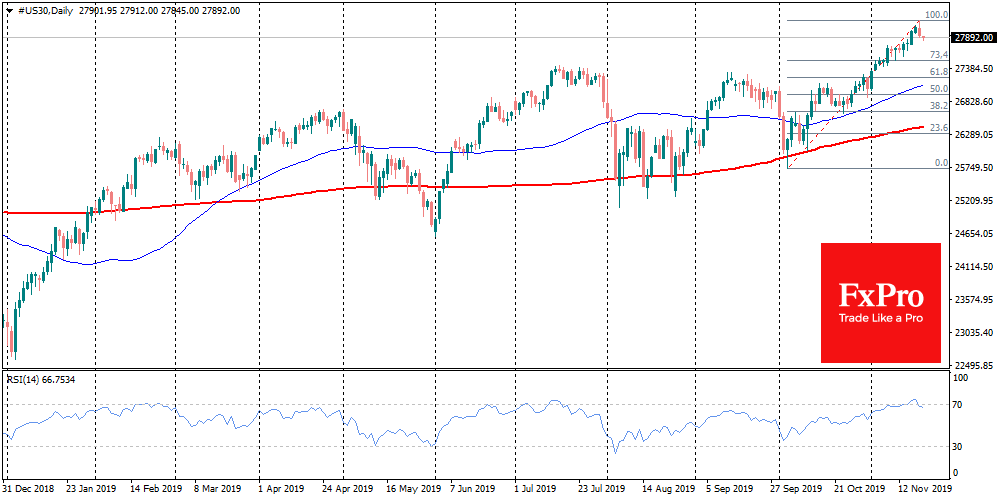 In fact, after 18 months of discussions, countless meetings and calls, the situation has only got worse. The world saved from the economic collapse with the help of the central banks’ policies. Markets prefer to act in a proactive mode, so the policy easing caused a rapid rally before the full effect of the monetary easing expected early next year. And at the same time markets will be able to avoid the full manifestation on the economy of the adverse effects of the introduced tariffs.

The American Dow Jones lost more than a per cent from its peak levels and returned below 28,000. S&P500 experienced a similar reversal. Asian indices lost ground on Wednesday morning, as the belief in the Chinese government’s stimulus does not allow to completely put aside concerns about the consequences of a new round of tariff increases. Besides, as we wrote about earlier, the overheating markets aggravates the situation. The US and European stock indices climbed too high and too fast became vulnerable to a corrective rollback.

The RSI index on the daily futures charts on the S&P500 and Dow Jones declined from the overbought area, which is considered to be a signal for the subsequent decline of the asset. Potentially correction of indexes in the levels of the July maximums can be regarded as a somewhat positive scenario. 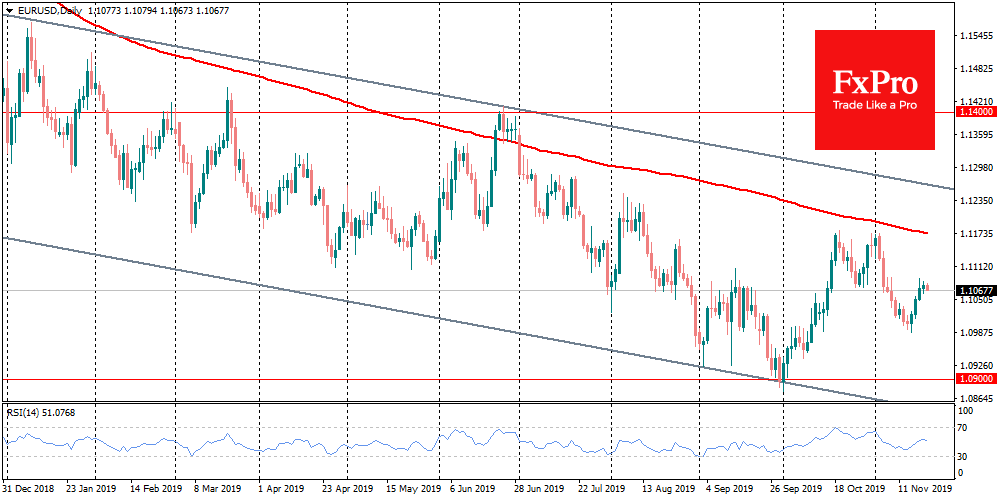 In case of trade conflicts escalation and new signs of economic weakness, the markets may settle in the area of August lows, i.e. by 10% off from the peak levels reached before.

The demand for protective instruments in the currency market is expected to grow: yen and dollar are in higher demand. EURUSD stalled on the way to 1.1080 after four trading sessions of growth. GBPUSD failed to rise above 1.3000, and declined below 1.2900 in the morning.

Both currency and stock markets have recently formed very high hopes for a fast trade agreement. Now there are more and more signs that these hopes were misleading, which makes the markets vulnerable to the correction of the recent growth. In this case, the US and European stock indices may well rollback, and the dollar and yen may well become market leaders for a while. 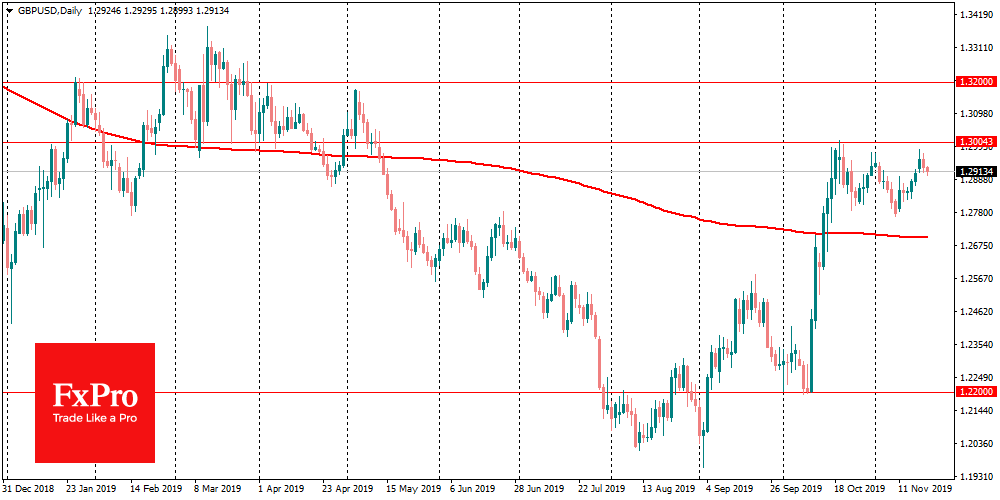 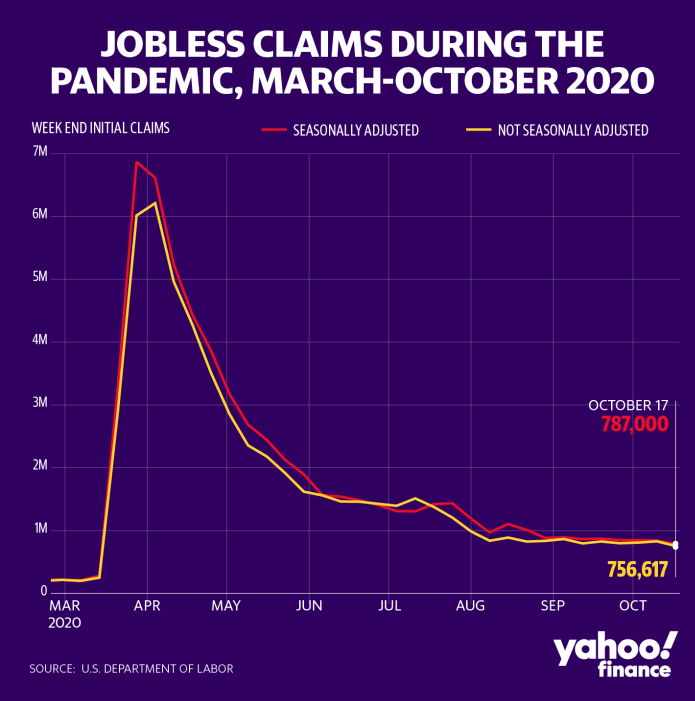 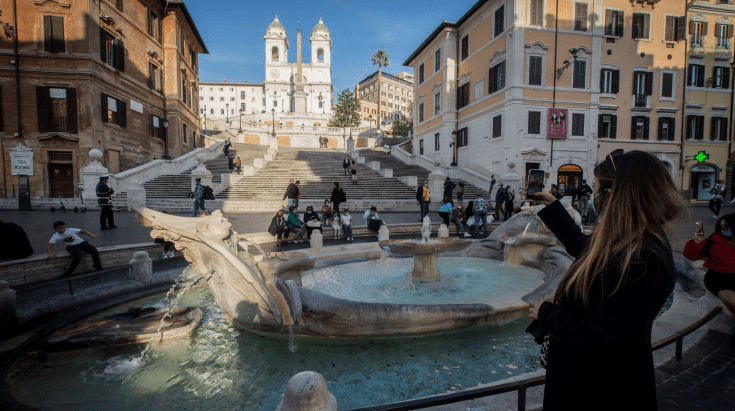