Home › Daily Outlook › The price of Bitcoin (BTC) reached $5,500, despite the threat of a ban on mining in China

The price of Bitcoin (BTC) reached $5,500, despite the threat of a ban on mining in China 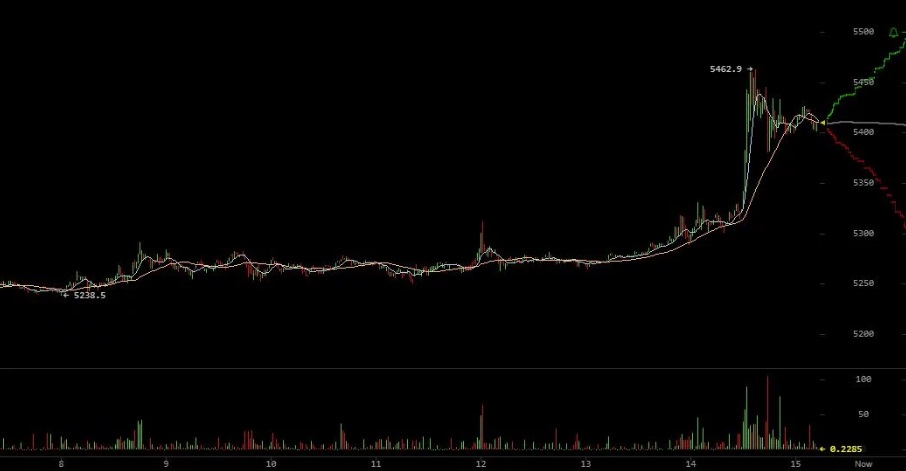 The bitcoin price bounded to a new 2019 high on Wednesday, sneaking within inches of the $5,500 mark midway through the afternoon US trading session. The flagship cryptocurrency held above $5,200 throughout the morning, but it began to climb heading into the afternoon. At 18:30 UTC, a surge in buy orders propelled the bitcoin price as high as $5,462 on Bitstamp. At last check, it traded at $5,408 for a 24-hour gain of 3.37 percent.

The upside push came despite another round of FUD from China. This time, reports indicated that Beijing could move to ban cryptocurrency mining, which disproportionately gravitates to the region due to cheap energy and labor costs.

As CCN reported, though, some analysts believe that could actually be bullish for the bitcoin price, even if it does prove disruptive in the short-term. Mining overhead impacts price discovery, so if the industry moved to regions with higher energy costs, the bitcoin price floor could rise – at least in theory.

“If this ban does end up happening, it is more likely to push BTC prices up than down,” said Mati Greenspan, senior market analyst eToro, in commentary provided to CCN. “The loss of cheap Chinese electricity would raise the mining cost, which is net positive on price. It would also serve to kill the FUD that Bitcoin mining is centralized, which could further drive up the price of BTC.”

According to OnChainFX, the flagship cryptocurrency has rallied 40 percent over the past month and 46 percent since the new year. Remarkably, bitcoin is creeping closer toward a green yearly candle; it now trades just 20 percent below its previous-year level.