The financial sector runs away from London because of Brexit 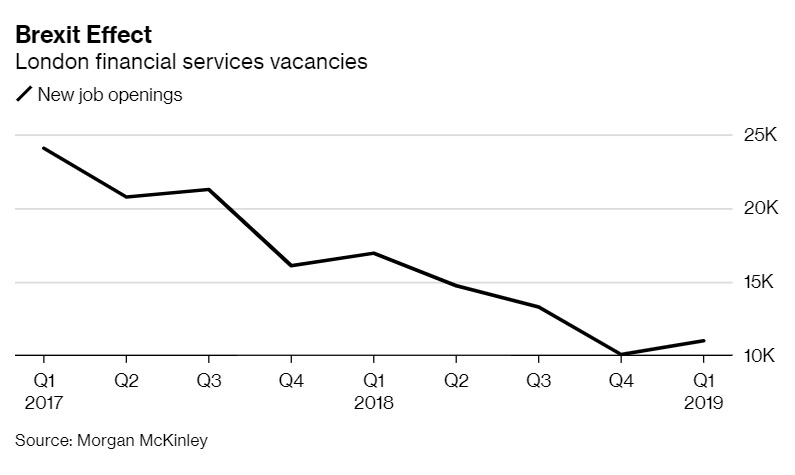 Job vacancies in London’s finance industry have halved in two years as uncertainty over Brexit knocks business confidence, a survey by recruiter Morgan McKinley has found.

The number of jobs available in the city’s financial services industry and the number of finance professionals seeking new jobs have each fallen by more than half in the past two years, the recruiter said, although both measures rose slightly from the fourth quarter of 2018 to the first quarter of this year.

“The inability of the government to reach consensus on a Brexit deal has crushed confidence among City employers,” Hakan Enver, managing director at Morgan McKinley, said in a statement.

“We closed 2018 with a dramatically poor jobs market, because it’s become virtually impossible for businesses to grow here, so we started 2019 on the back foot. We have under half the jobs and under half the job seekers we had at this time in 2017.”

Enver warned that the decision to defer the U.K.’s exit from the European Union until perhaps as late as the end of October would maintain the stress on businesses unable to make plans for the future. “Jobs continue to flow out of London with Dublin being by far the biggest beneficiary, followed by Luxembourg, Paris, Frankfurt and Amsterdam,” he said.