Sweden has attracted global attention for not imposing a full lockdown, as seen in most of Europe, to contain the coronavirus pandemic.

Nonetheless, data released from the country’s central bank and a leading Swedish think tank show that the economy will be just as badly hit as its European neighbors, if not worse. 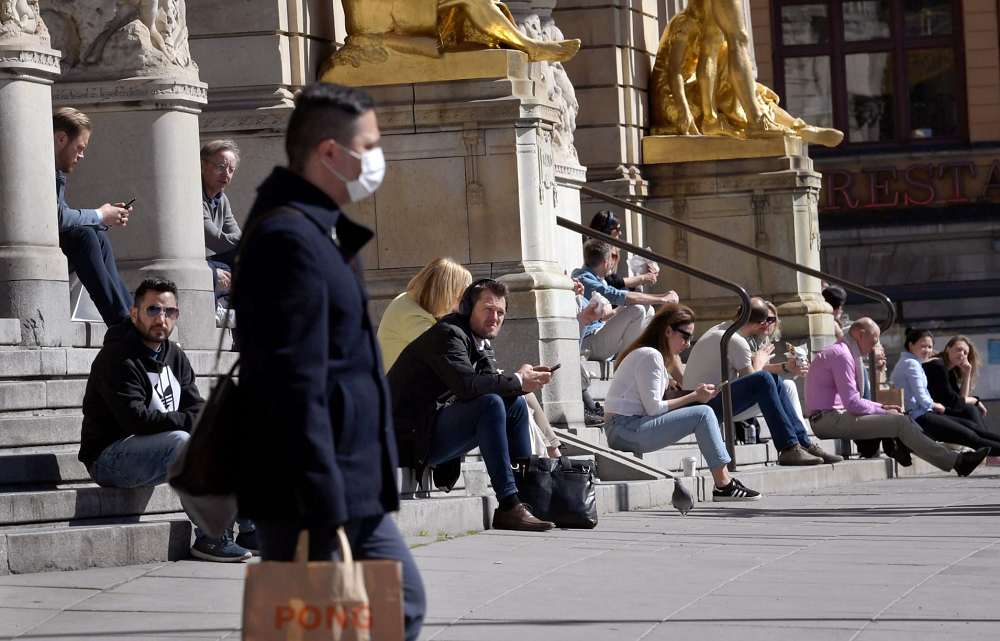 In the first scenario (scenario A in the chart below), gross domestic product contracts by 6.9% in 2020 before rebounding to grow 4.6% in 2021. In a more negative prediction (scenario B), GDP could contract by 9.7% and a recovery could be slower with the economy growing 1.7% in 2021.

In the first scenario, the Riksbank predicted unemployment could reach 8.8% in 2020, from 7.2% currently, and in the worst-case forecast could hit 10.1%.

The growth projections are sobering for a country that looked to mitigate the economic impact of the coronavirus by not shutting down its economy like the rest of Europe. Lockdowns in Germany, Spain, Italy, France and the U.K., aimed at saving countless lives, have all hit their economies severely.

The International Monetary Fund predicted earlier in April that Germany and the U.K. will see their economies contract by 6.5% and 7% this year, respectively. France is expected to see a 7.2% contraction, Spain an 8% contraction and for Italy to see its economy shrink 9.1%.

Sweden’s neighbors Finland and Denmark, which also imposed lockdowns, are also expected to see their economies contract by 6% and 6.5%, respectively. The Swedish government advised citizens to stay at, and work from, home if possible. Bars and restaurants remain open but social-distancing measures have been implemented, while schools for the under-16s remain open.

The strategy has proved very controversial but its chief epidemiologist has defended the approach, telling CNBC last week that the capital Stockholm could be heading for “herd immunity” in weeks.

The grim data from Sweden’s central bank has been reinforced by a respected think tank this week. The National Institute for Economic Research (NIER) said in a statement Wednesday that it believed that Sweden’s economy is set to shrink 7% this year and unemployment to rise to 10.2%.

“Developments in April indicate that the Covid-19 pandemic will hit the Swedish economy much harder than anticipated,” the NIER said, adding that “the global economy is developing worse than expected which is hitting Swedish export companies which are also hampered by problems with international supply chains.”

Sweden had no lockdown but its economy is expected to suffer just as badly as its European neighbors, CNBC, Apr 30