States rush to prepare for wave of U.S. unemployed

The U.S. unemployment benefits program, a key part of the safety net for the labor market, is facing its biggest test in more than a decade. More than 2 million applications could be filed this week, economists said, as people who work for restaurants, bars, hotels and other businesses suddenly find themselves out of work because of the coronavirus. 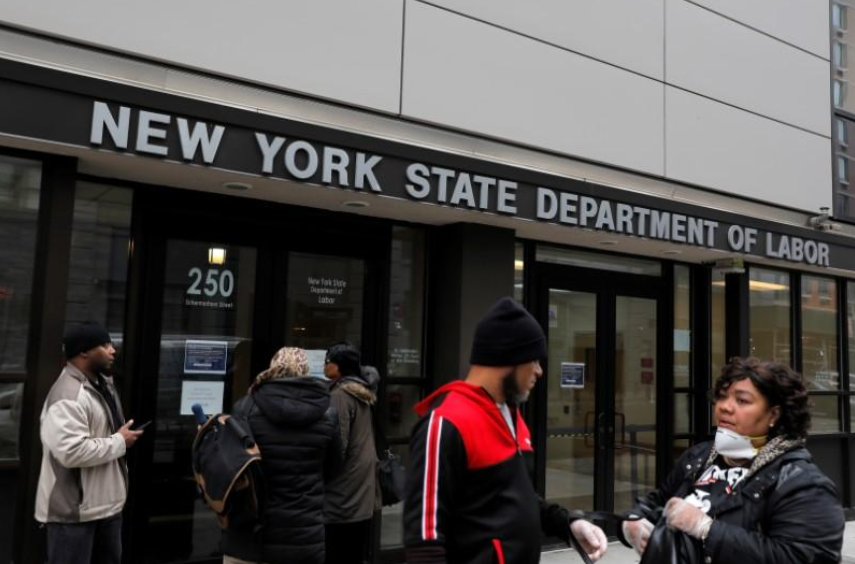 States that cut unemployment staff and benefits during better economic times may be unprepared for the deluge in applications, analysts say. Some are moving rapidly to hire new workers or reallocate staff to keep up with the demand. “States are just not in a position to respond to this,” said Michele Evermore, a senior policy analyst at the National Employment Law Project in Washington, D.C. “They’re at historically low levels of funding and they’re moving into a state where there may be historically high levels of claims within a couple of weeks.”

The pandemic is dealing a blow to states already facing budget shortfalls. Twenty-three states were short on unemployment insurance trust funds as of last year, before the coronavirus shock, a Department of Labor calculation shows here. Some workers who applied for the program this week were met with downed websites, long waits on phone lines and other delays.

Logins for the New York State Department of Labor are up 400% from the typical traffic and claims are up by more than 1000% in some areas this week, said Deanna Cohen, a spokeswoman for the department. The state is dedicating more than 700 staff members to deal with the increase, Cohen said.