The S&P 500 was on track to recover about $1 trillion in market value in a furious rally on Monday after a drop in the daily death toll in New York, the country’s biggest coronavirus hot spot, raised hopes that the pandemic could level off soon. 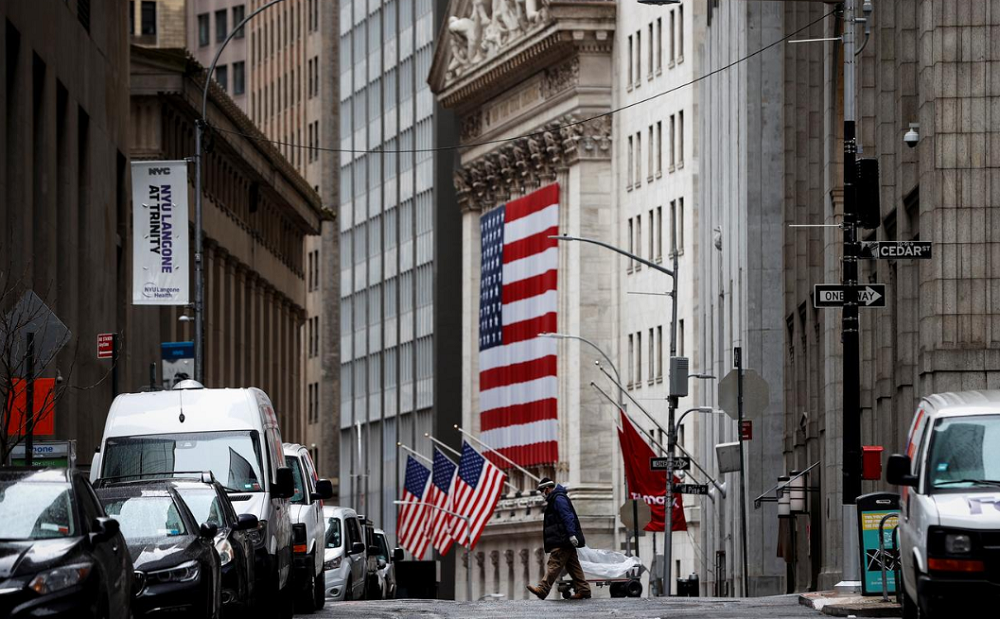 The S&P 500 banking index jumped 7.2% and was set for its best day in more than a week. Bank of America, Citigroup, Wells Fargo and JPMorgan advanced between 5.8% and 8.8%, tracking Treasury yields.

Still, U.S. officials have girded the country for a “peak death week” from the pandemic, with the death toll topping 10,000. Wall Street’s fear gauge fell to its lowest in two weeks, but analysts cautioned against calling a bottom. During the financial crisis of 2007-08, the S&P 500 took months to establish a bottom even after the volatility index plummeted.