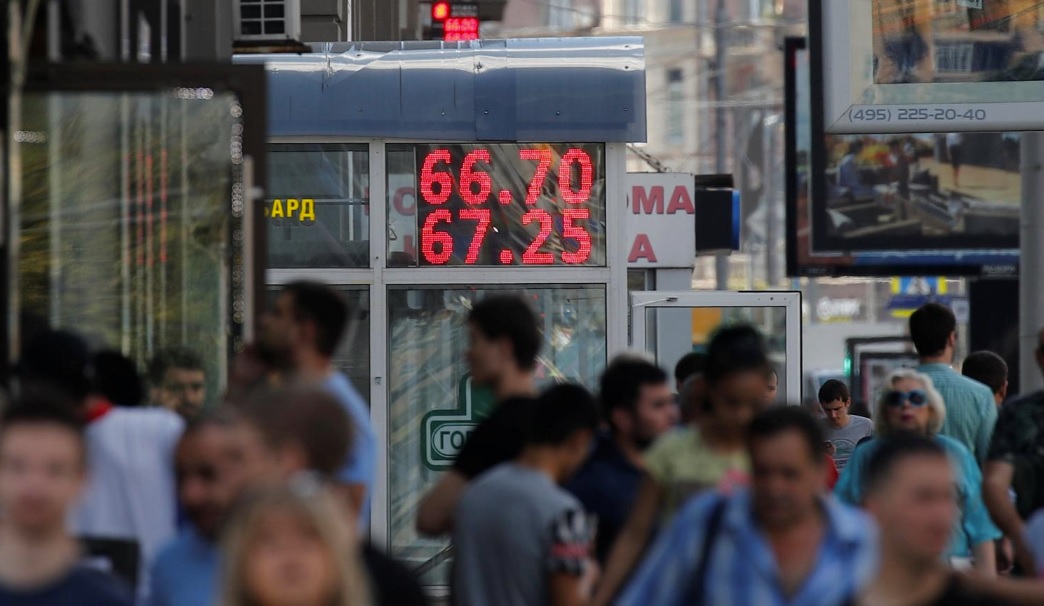 Russia warned the United States on Friday it would regard any U.S. move to curb the activities of its banks as a declaration of economic war which it would retaliate against, stepping up a war of words with Washington over spiralling sanctions. The warning, from Prime Minister Dmitry Medvedev, reflects Russian fears over the impact of new restrictions on its economy and assets, including the rouble which has lost nearly six percent of its value this week on sanctions jitters.

Economists expect the economy to grow by 1.8 percent this year. But if new sanctions proposed by Congress and the State Department are implemented in full, something that remains uncertain, some economists fear growth would be almost cut to zero in future. In a sign of how seriously Russia is taking the threat, President Vladimir Putin discussed what the Kremlin called “possible new unfriendly steps by Washington” with his Security Council on Friday.

Moscow’s strategy of trying to improve battered U.S.-Russia ties by attempting to build bridges with President Donald Trump is backfiring after U.S. lawmakers launched a new sanctions drive last week because they fear Trump is too soft on Russia. In practice however, there is little Russia could do to hit back at the United States without damaging its own economy or depriving its consumers of sought after goods, and officials in Moscow have made clear they do not want to get drawn into what they describe as a mutually-damaging tit-for-tat sanctions war. The threat of more U.S. sanctions kept the rouble under pressure on Friday, sending it crashing past two-year lows at one point before it recouped some of its losses.