Stocks In the run-up to the start of the earnings season, stock markets investors take a more cautious stance after an impressive rally since the beginning of the year. Chinese China A50 turned to decline, being in the overbought area. The Nikkei 225 was under the pressure of sales, unable to stay above the 200-day average. The indecision of market participants as they approach important levels may result in at least a short-term correction. 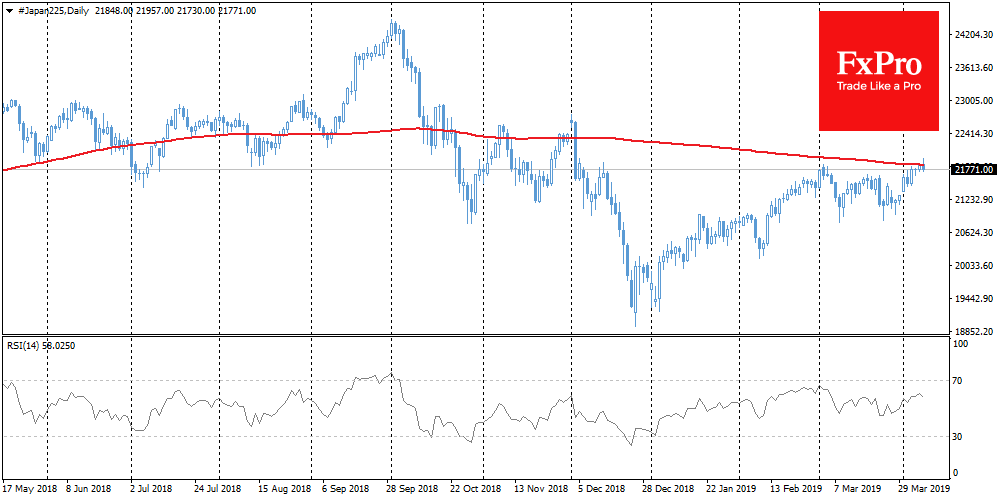 EURUSD The single currency remains above 1.1200 against the dollar after ambiguous data on the US labour market last Friday. The stock markets alertness on Monday morning has not yet affected the single currency, which enjoys strong support on the downturns to 1.1200 on EURUSD. In the case of growth, the nearest important resistance is 1.13000, the upper limit of the downward trend this year. But the cautious attitude of stock markets increases the chances that support at 1.120 may soon be broken. 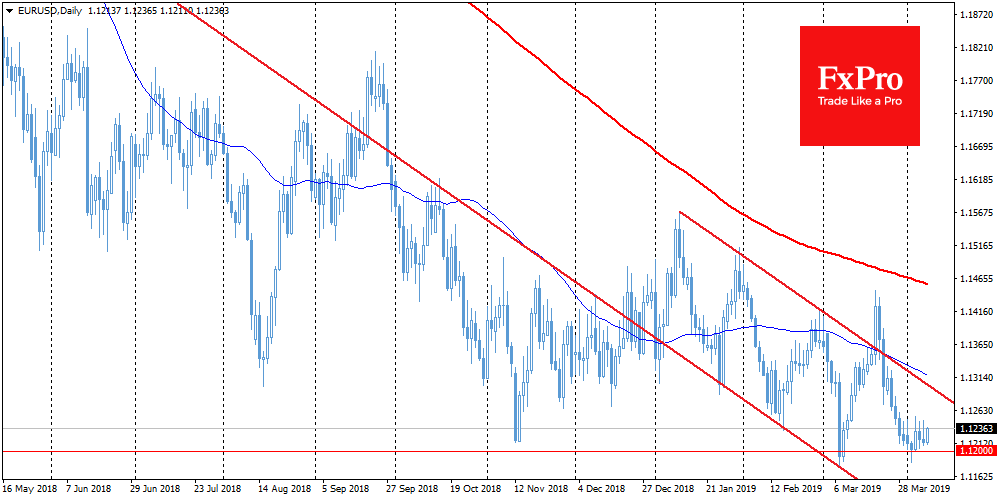 GBPUSD Last Friday GBPUSD found support on a downturn below 1.3000 and was able to hold above the 200-day average. It is equally important that the currency pair manages to stay above this important level for the last month and a half, despite the growing uncertainty around Brexit. An important positive factor for the British currency is the expectation that the Bank of England could raise the rate in 2019 in the fight against inflation, while economic indicators, pointing to the impulse weakening, still show good performance. 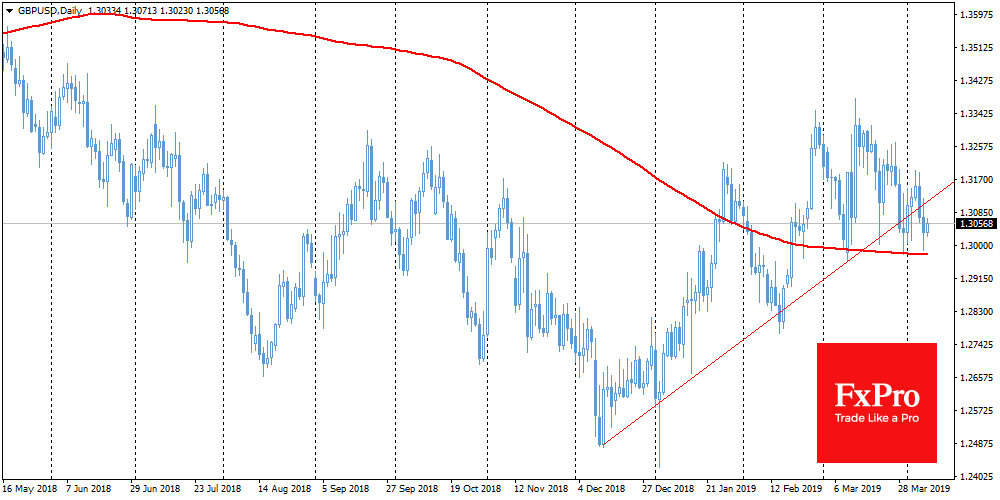 Brent Brent climbed more than 2% on Friday, decisively exceeding $70 and closed above the 200-day average. The sharp breakdown of psychological and technical levels is a signal of bullish sign and supports an optimistic attitude. Behind the positive, there is news that the United States production growth is not enough to offset the OPEC cuts. This brings the issue of oil shortage to the agenda. On the other hand, for the first time in 7 weeks, there has been an increase in drilling activity in the United States, which signals an increase in production in the coming six months. 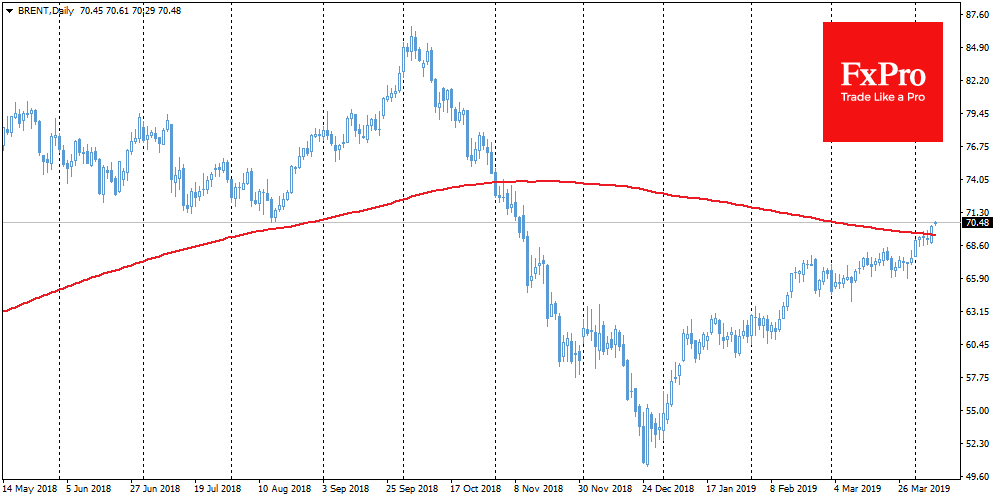 Bitcoin Bitcoin held its positions on the weekend and is currently approaching the threshold $5,300, where the 200-day moving average is held. The CME reported about a nearly tenfold increase in the volume of trade in Bitcoin futures last week. However, at the start of the new week, there is a decrease in trading activity. You should be attentive to what is happening in the coming days, as the markets may feel the mood for profit taking. 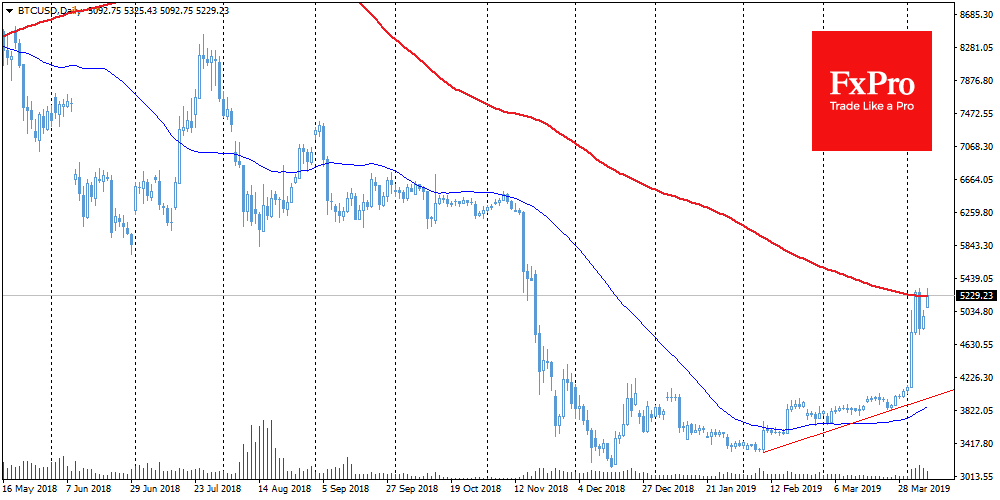