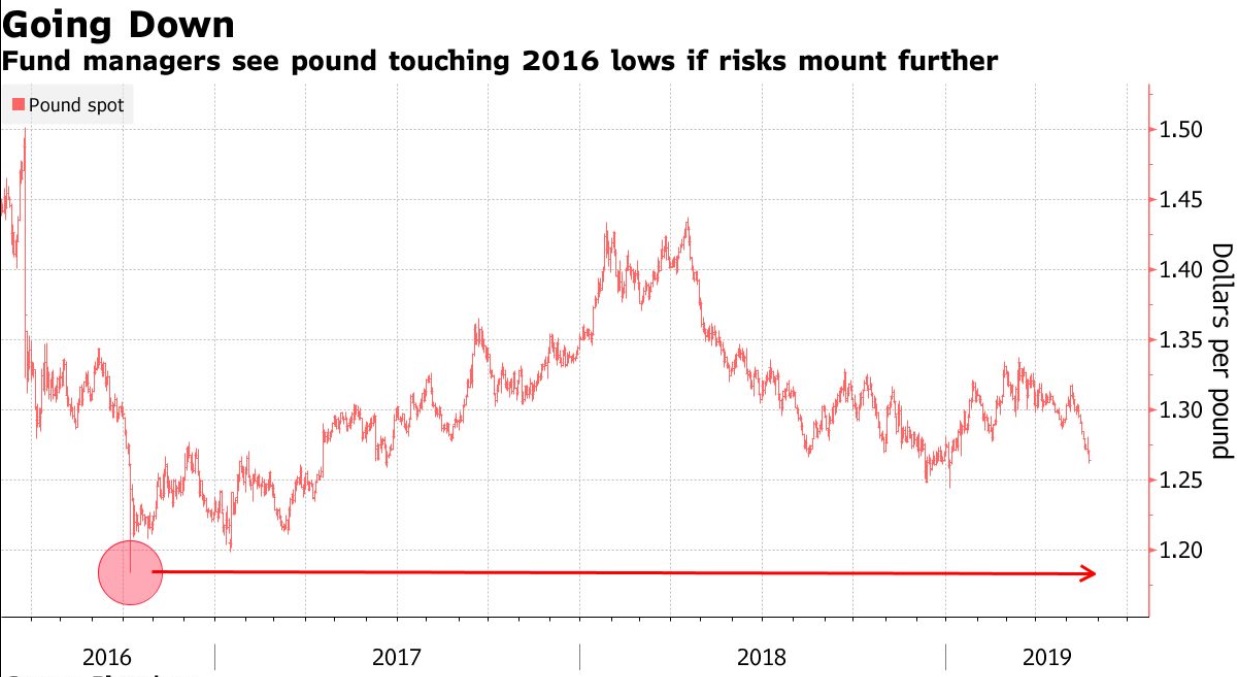 The pound is on a record losing streak and there aren’t many investors ready to stand in the way of further losses.

Investec Asset Management, Aberdeen Standard Investments and Pictet Asset Management SA are cutting sterling positions or staying on the sidelines as Britain’s political turmoil reignites uncertainty around the nation’s exit from the European Union. With a senior minister resigning to add pressure on Prime Minister Theresa May to abandon her deal with the EU and quit, the risk of a disorderly Brexit is back on the radar.

Sterling slid to a four-month low near $1.26 Thursday and is on the longest losing streak on record versus the euro amid concern that May’s successor could take Britain out of the bloc without a deal or call an early election. Brexiteer and former Foreign Secretary Boris Johnson is seen a top contender, and also the least market-friendly.

For Aberdeen Asset’s Luke Hickmore, the choice is increasingly coming down to either no deal or no Brexit. He sees the next prime minister eventually getting trapped in the same Parliamentary deadlock that May faced, boosting the risk of a disorderly exit and fueling pound losses. Hickmore sees a possibility that Parliament will eventually vote to revoke Brexit, and expects sterling to stabilize around $1.30-$1.35 — but he’s still not confident enough to take a bet on it.

Pound Investors Are Bailing Out With Brexit Chaos Back on the Radar, Bloomberg, May 23
Article Rating
Related Articles