Some of the world’s largest oil producers will hold an emergency meeting on Thursday to try to agree on historic output cuts, as the coronavirus pandemic continues to crush worldwide demand for crude. OPEC and non-OPEC partners, sometimes referred to as OPEC+, are scheduled to hold talks via video-link from 4 p.m. Vienna time to discuss the next phase of oil production policy. 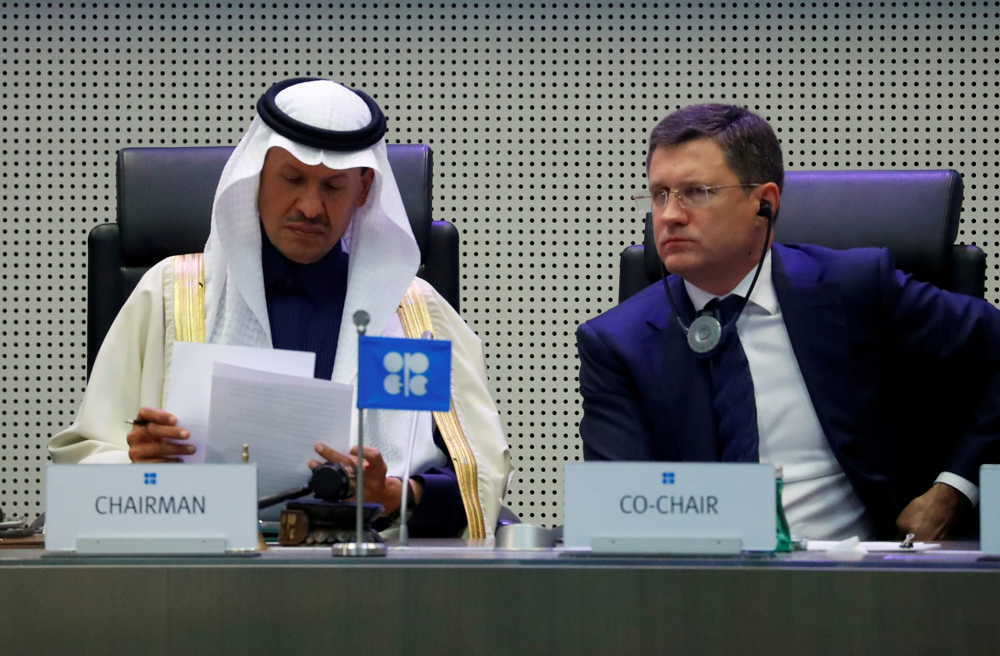 President Donald Trump has fueled hopes of a cut far larger than any deal OPEC+ has ever agreed on before, suggesting the energy alliance could take between 10 to 15 million barrels of crude off the market. A simmering feud between OPEC kingpin Saudi Arabia and non-OPEC leader Russia is thought to be one of many possible complications to an unprecedented production cut.

Riyadh and Moscow, who fell out when a previous pact to curb supply broke down last month, have signaled that any decision would depend on the U.S. and other non-OPEC producers joining in. Trump has shown no appetite to mandate such a policy but suggested earlier this week that oil production in the U.S. had already fallen. OPEC+ hopes to persuade non-OPEC producers present at the G-20 meeting, such as the U.S., Canada, Norway and Brazil to participate in oil production cuts. Saudi Arabia, OPEC’s de-facto leader, holds the rotating G-20 presidency this year.

International benchmark Brent crude traded at $34.06 a barrel Thursday morning, up over 3%, while U.S. West Texas Intermediate (WTI) stood at $26.26, more than 4% higher. Brent and WTI both closed higher in the previous session, snapping a two-day losing streak amid elevated hopes of a historic production cut.

Last month, Saudi Arabia recommended cutting production by 1.5 million barrels per day as the coronavirus outbreak curbed demand. However, Moscow rejected the proposal, thus bringing an end to the group’s three-year production-cutting pact on March 31. Saudi Arabia, Kuwait and the United Arab Emirates have all since ramped up oil output.