Oil prices surged on Tuesday as optimism around ongoing production cuts and a recovery in demand with the reopening of economies around the world pushed prices higher. West Texas Intermediate, the U.S. benchmark, jumped 20.5%, or $4.15, to trade at $24.54 per barrel. The contract gained 3.08% on Monday — closing above $20 for the first time since mid-April — and is on pace for its fifth-straight day of gains. International benchmark Brent crude traded 12.4% higher at $30.57 per barrel, and is also pacing for its fifth-consecutive positive session. 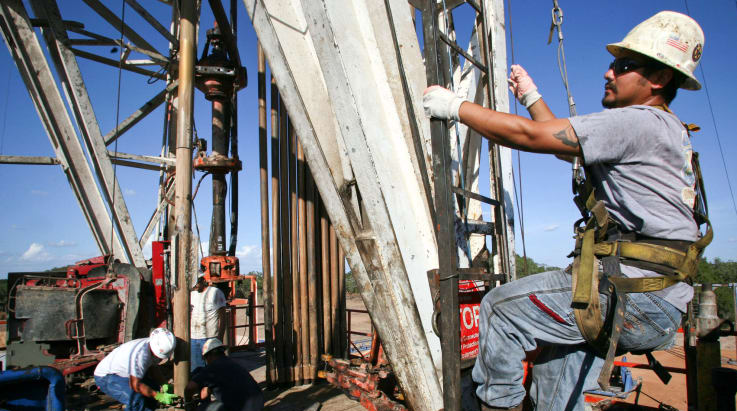 President Donald Trump weighed in on the jump in prices, writing “Oil prices moving up nicely as demand begins again!” in a tweet on Tuesday morning. Oil demand has fallen off a cliff as the coronavirus pandemic spread around the globe, forcing billions of people to remain inside and bringing air travel to a near standstill. By some estimates as much as a third of worldwide demand was erased in April.

But with economies gradually starting to reopen — a number of U.S. states, including Florida, began phase one reopening plans on Monday, while millions of Italians will return to work this week — investors believe there will be an uptick in demand.

The improving demand outlook comes as producers have scaled back production, which has also supported prices. The historic cut from OPEC and its oil-producing allies, which takes 9.7 million barrels per day offline, went into effect on May 1. Norway and Canada have also curbed production.

In the U.S., data from the Energy Information Administration showed that weekly production averaged 12.1 million bpd for the week ending April 24, roughly 1 million bpd below the all-time high levels from March. Exxon, Chevron and ConocoPhillips are among the companies that have cut production in the face of depressed prices.

Oil’s recent strength barely puts a dent in its historic fall, however. Both WTI and Brent are firmly in a bear market, plunging 68% and 62%, respectively, from their 52-week high levels. The decline has also been swift — WTI’s 52-week high of $65.65 is from Jan. 8.

Oil surges 20% in fifth straight day of gains on demand recovery and production cuts, CNBC, May 5