Oil prices fell on Monday, after Saudi Arabia and Russia delayed a meeting to discuss output cuts that could help reduce global oversupply as the coronavirus pandemic pummels demand. Brent crude fell more than $3 when Asian markets opened but recovered some ground with traders hopeful that a deal between the top producers was still within reach. 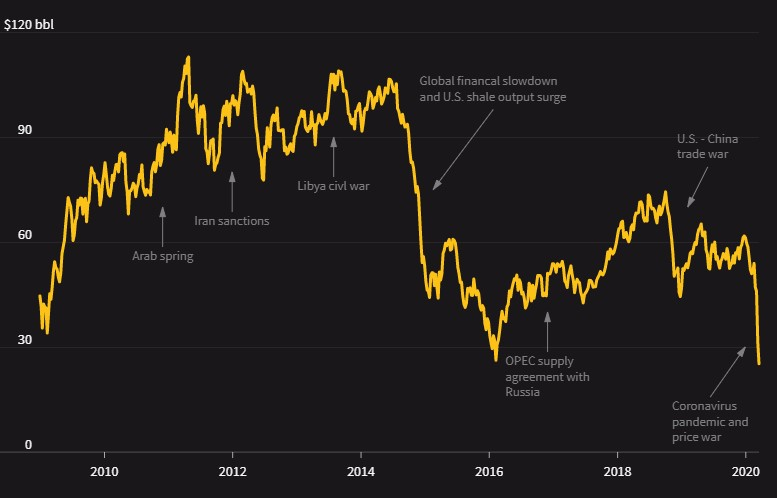 OPEC+ is working on a deal to cut oil production by about 10% of world supply, or 10 million barrels per day (bpd), in what member states expect to be an unprecedented global effort. The countries are “very, very close” to a deal on cuts, one of Russia’s top oil negotiators, Kirill Dmitriev, who heads the nation’s wealth fund, told CNBC. But Rystad Energy’s head of oil markets Bjornar Tonhaugen said even if the group agree to cut up to 15 million bpd, “it will only be enough to scratch the surface of the more than 23 million bpd supply overhang predicted for April 2020.”

Still, sentiment was lifted by Saudi Arabia’s decision to delay releasing its crude official selling prices to Friday to wait for the outcome of the OPEC+ meeting. U.S. President Donald Trump has said he would impose tariffs on crude imports if he needed to protect U.S. energy workers from the oil price crash that has been exacerbated by the war between Russia and Saudi Arabia over market share.