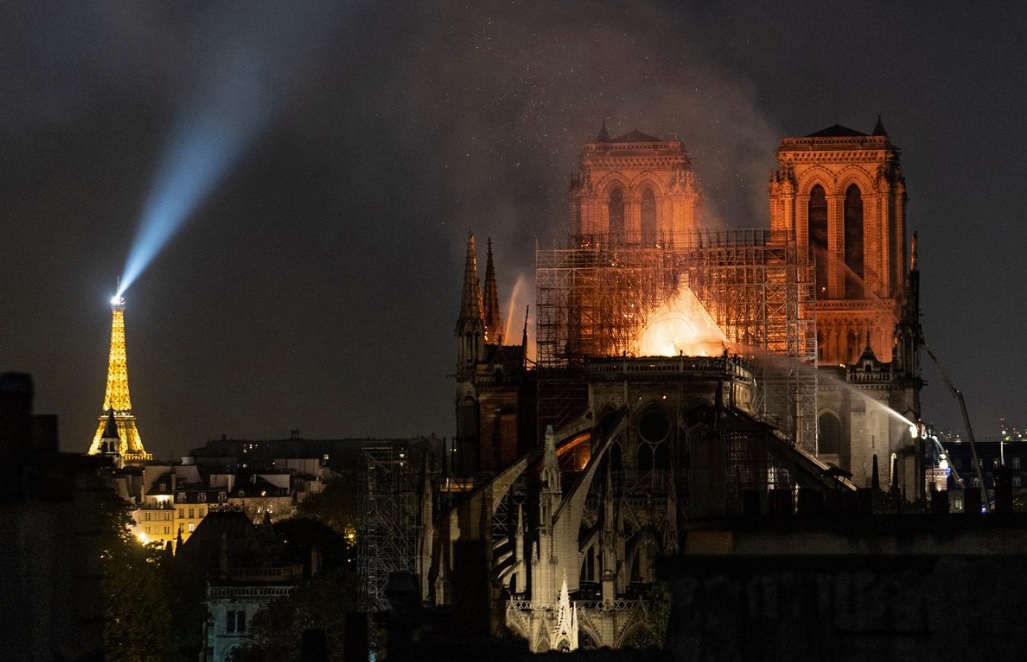 France’s luxury-goods tycoons pledged 300 million euros ($339 million) to help in the reconstruction of Notre-Dame cathedral after the Paris landmark was ravaged by fire on Monday, answering a call from President Emmanuel Macron for a fund-raising campaign.

Francois-Henri Pinault, the chairman and chief executive officer of Gucci owner Kering SA, and his father, Francois Pinault, will donate 100 million euros from their Artemis investment company, the family said Tuesday in an emailed statement. Their archrival, the Arnault family, responded minutes later with a pledge of 200 million euros and the architectural and design resources of their LVMH fashion conglomerate.

Macron vowed to rebuild Notre-Dame in central Paris after the fire hit the 850-year-old Gothic monument. He called for donations to reconstruct the building and said he would draw on the world’s best talents for the task.

The elder Pinault, 82, is the world’s 23rd richest person, with a fortune estimated at $37.3 billion, according to the Bloomberg Billionaires Index. The Ile-de-France regional government around Paris will release 10 million euros in emergency aid to the archdiocese for initial rebuilding work, Valerie Pecresse, the region’s elected head, said in an interview on Radio Classique. People wanting to make donations can do so via the non-profit Fondation du Patrimoine, Pecresse said.