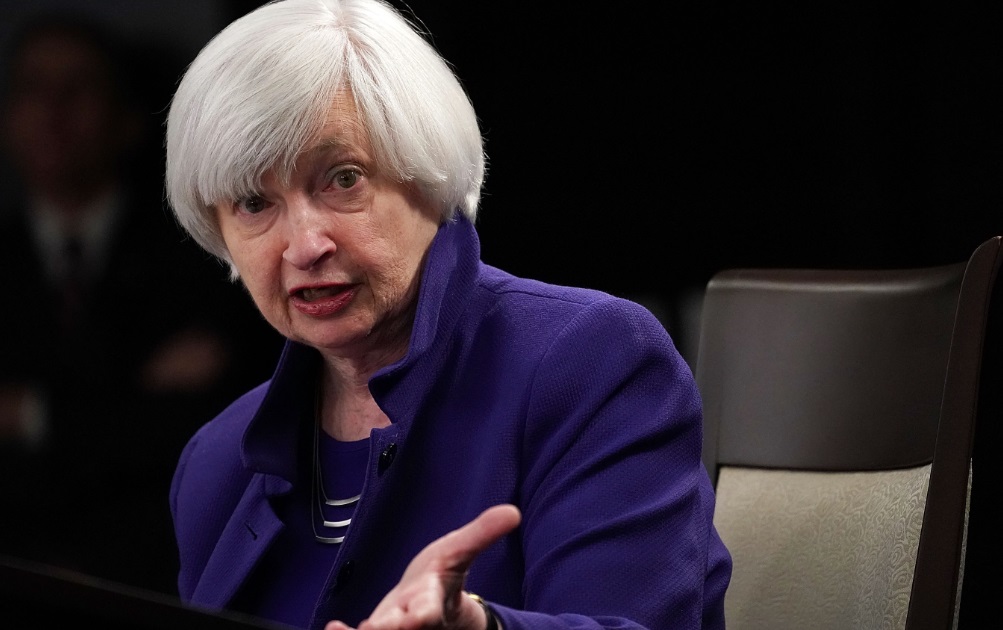 Janet Yellen is worried about the next financial crisis and told a small, intimate audience at an event Wednesday night in Washington, D.C., that her biggest concerns were the potential for reversal of financial safeguards put in place after the crisis and growing corporate debt. One of the most important questions she and her colleagues face, she said, is what monetary policy tools exist to address the next recession. Although interest rates will rise from the zero levels we had for seven years, they are likely to stay relatively low. That means, said Yellen, that monetary policy’s traditional short-term interest rate lever is not available to address a new downturn in the economy.

In response to a question about high levels of corporate debt she said that the issue is similar to what triggered the financial crisis. “You had investors that were reaching for yield and wanted to hold securities that they thought were safe, but that had reasonably high yields. There are a lot of investors in this low interest rate environment who are reaching for yield.”

Yellen is not as worried these loans present a risk to the banking system. However, “if the economy experiences any kind of negative shock where rates go up more than expected there will be a lot of corporate bankruptcies, a lot of distressed credit crunch a lot of downgrading of loans, a lot of investor losses,” said Yellen.

“We spent the next eight years trying to put in place regulations to strengthen the financial system and my view is a lot was accomplished but there is still a lot to do. So I am concerned with monitoring where things stand. And I am eager not to see an unwinding of the regulations. There may be ways they should be adjusted but I think it is important that those regulations serve to reduce the risk of another financial crisis.”