Here’s Why Countries Around the World Should End Social Distancing

The global economy has taken a massive hit as countries around the world implement strict lockdown and social distancing policies. The International Money Fund expects the global economy to contract by 3% in 2020 as the pandemic shuts down economic activity. In the United States, over 26 million jobs were lost amid shelter-in-place orders. Are these drastic measures necessary? One country shows that you can flatten the curve without flattening the economy.

While other countries were shuttering doors, Sweden kept most businesses and schools open. The government banned the gathering of more than 50 people, but other than that, the prevention strategy and social distancing are almost non-existent. 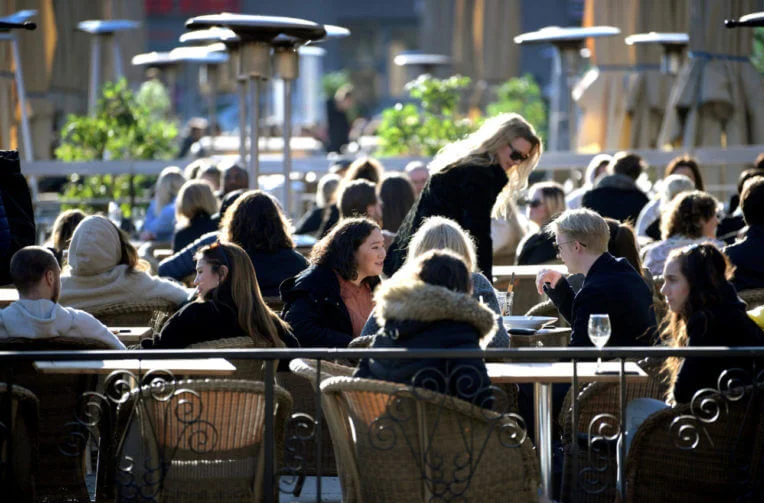 Dr. Anders Tegnell, an epidemiologist and the mastermind behind Sweden’s COVID-19 response, says that the country is flattening the curve. “We’re on a sort of plateau,” says Tegnell, and the numbers support his statement. The daily COVID-19 deaths in Sweden has fallen to 84 on April 23 from a high of 185 on April 21. While new cases have spiked to 751, it appears that the number of daily new cases is peaking.

Sweden appears to be en route to flattening the curve and is doing it without stifling its economy with harsh lockdown measures. Even though it’s too early to conclude, Sweden is showing that you can cope with the pandemic without shutting down the economy. Sweden is not the only place showing signs of herd immunity. A new study reveals that millions of New Yorkers have recovered from COVID-19. In a tweetstorm, governor Andrew Cuomo highlights the fact that the infection rate in New York, a coronavirus hotspot, is nearly 14%. In other words, if the sample is unbiased and represents the overall population, millions of New York state residents have carried the virus.

The governor added that the participants who were tested were “out and about.” They were neither isolated nor quarantined. The study indicates that it is possible to overcome the disease without extreme lockdown policies. But it is imperative to protect the vulnerable segment of the population, including the elderly and those with comorbid conditions. Other than that, data from Sweden and New York show that it is realistic to relax social distancing measures while still flattening the curve.

Here’s Why Countries Around the World Should End Social Distancing, CCN, Apr 24