Gold extended a rally to hit the highest level in more than seven years on concern that the coronavirus pandemic will have a devastating effect on the global economy, hammering corporate earnings while supercharging demand for havens.

Bullion has soared as the outbreak tipped economies into recession and spurred central banks to launch huge stimulus. Since getting caught up in a wave of forced selling last month as equities sank, gold has staged a powerful recovery. That means futures are now nearing $1,800 an ounce after trading in the $1,400s less than four weeks ago. Spreads over spot prices remain wide. 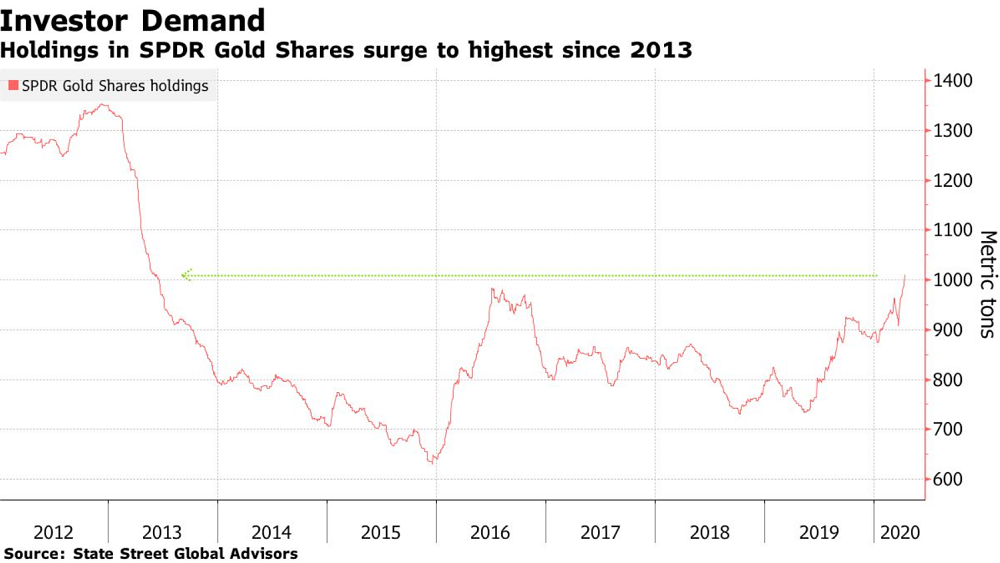 “What’s happening here is that the Fed is expanding its balance sheet and every other central bank in the world is doing the same,” Hans Goetti, founder and chief executive officer of HG Research, told Bloomberg TV. “What you’re looking at is massive currency debasement in the long term. That’s the major reason why gold is higher, and I would think that over the next few weeks or months, we’re probably going to retest the high that we saw in 2011.”

Worldwide holdings in bullion-backed exchange-traded funds have ballooned to a record on rising demand, with investors seeking additional portfolio protection. On Monday, volumes in SPDR Gold Shares, the largest such fund, surged above 1,000 tons to the highest since mid-2013.