U.S. markets on Tuesday were heavily sold, losing more than 3% on key indices. The main trigger of the decline was the dynamics of debt markets in the USA. The yield of government bonds with longer periods of circulation was lower than the yield of some more shorter-term securities. This often happens during economic downturns, but, formally, this inversion is not a sign of recession as formally central bank may raise short-term rates above the long-term levels to prevent overheating of the economy than have significant influence on debt market. 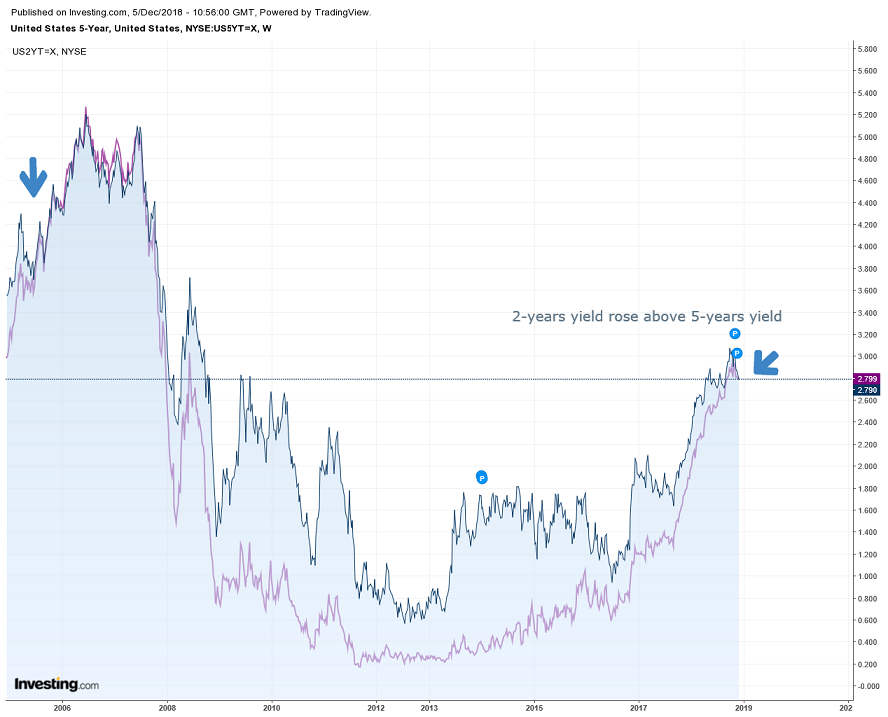 This is perfectly suited to our case, as the U.S. simultaneously benefited from tax reform, accelerated global growth and low global interest rates at the beginning of the year.

In this case it is appropriate to say that the causes and symptoms of the recession are confused, and the main reason of recession should lay in the weak economic indicators. As long as there are no signs of a dangerous slowdown, the Fed still has time to adapt its policy.

At the beginning of the year the sale of long-term government bonds (which causes their yield growth) was called one of the reasons of weak market performance.

Yesterday there were several short-term unfavorable factors, which increased the decline: • weakening hopes for a breakthrough in trade negotiations with China; • increased demand for safe-haven assets as markets were set to close on Wednesday; • rollback after unsuccessful attempt to overcome the resistance level, which was not given in October and November.

It is still too early to consider the inversion of the yield curve as a warning call to the recession. This week ahead is the publication of the American Beige Book with an overview of economic assessments in the regions, as well as the output of labor market data.

The signs of the coming recession should be found in economic reports, not in terms of yield curves. In addition, markets are now very sensitive to comments from the Fed.